In the Republican period, China’s art world blossomed from painting and architecture, to dance and music, opera, drama, and film. Due to spatial limitations, only a brief introduction can be given here.

Sun Yat-sen Mausoleum in Nanjing and Shanghai Park Hotel were well-known buildings in the Republican era. In 1929, the Nationalist Government of the Republic of China (ROC) held the ceremony of the Grand Funeral of Dr Sun Yat-sen (孫中山), moving his coffin from Beiping to the Sun Yat-sen Mausoleum in Nanjing. Established in 1934, Shanghai Park Hotel, the tallest building outside the United States, was known as the “Tallest Building of the Far East”.

The ROC witnessed the emergence of many great painters and masterpieces. From the left: the Portrait of a Lady Holding a Fur Coat (detail) by Zhang Daqian (張大千), Shrimps and Crabs (《蝦蟹》) by Qi Baishi, and Nine Floors of Dunhuang (《九層樓》) by Chang Shuhong, which depicts the Mogao Caves (莫高窟). Stepping beyond the world of art, some painters’ works had an important influence in academic domains. For example, Chang’s paintings about Dunhuang (敦煌) provided substantial materials for the development and research of Dunhuang Studies.

The ROC saw significant development in Chinese cartoons. Left: the 1935 serial picture story Wanderings of Sanmao (《三毛流浪記》) by Zhang Leping. Sanmao’s stories reflect the misery of homeless children in Shanghai, which caused a big stir and provided materials for relevant artistic creation in later decades. Right: Triumphant Return (《凱歸》), drawn in 1945 by Feng Zikai (豐子愷). This cartoon depicts a soldier reuniting with his families after the victory of the Total War of Resistance Against Japanese Aggression.

The Republican period was a golden era for modern Chinese music, producing many well-known musicians and compositions. From the left: a stamp commemorating the ROC musician Liu Tianhua; the blind musician Hua Yanjun playing the erhu (二胡); Wang Luobin, known as the “Father of Northwest Folk Songs” and “West China’s Singing King”, holding a guitar and dancing on the grasslands of Qinghai Province (青海). Many classic musical pieces were created during the Republican period, such as Hua’s The Moon’s Reflection on the Second Spring (《二泉映月》) and Wang’s At a Faraway Place remain popular to this day.

During the Republican period, dancers combined Chinese and Western styles to push Chinese dance arts to a new level. From left to right: Yu Rongling, Dai Ailian, and Wu Xiaobang during performance.

Significant progress was also made in traditional Chinese operas as they took the international stage during the ROC. In particular, the Peking Opera artist Mei Lanfang achieved international renown. Left: The Drunken Beauty (《貴妃醉酒》) performed by Mei in Shanghai in December 1914. Right: the American master of comedy Charles Spencer Chaplin meeting Mei during his visit to China on 3 March 1936.

During the Republican period, new dramas shone on the stage, especially the works of Cao Yu. The photos show Cao’s famous dramas being performed in 1941, Thunderstorm (left) and Sunrise (right).

Among the ROC’s female stars, the most influential was surely singer and actress Zhou Xuan. In the 1930s-40s, she made a name for herself in both acting and music, praised as the “Golden Voice”, “Singing Queen”, and “Movie Queen”. She starred in 43 films and sang more than 200 original songs. Zhou’s classic songs, such as When Will You Return (《何日君再來》), Four Seasons Song (《四季歌》), The Wandering Songstress (《天涯歌女》), and Shanghai Nights (《夜上海》) won universal acclaim in their time. They were later covered by many other famous singers. Taiwan’s Teresa Teng Li-chun (鄧麗君), for example, covered several of Zhou’s great pieces. Zhou’s legendary life has been adapted into films, TV plays, and songs. For example, there was a Hong Kong TV series Song Bird (《天涯歌女》) featuring her life. In that production, Adia Chan Chung-ling (陳松伶) played Zhou and sang the theme song of the same title, which was based on the original tune but in Cantonese.

The ROC left us with many classic films, whose quality were able to stand the test of time. 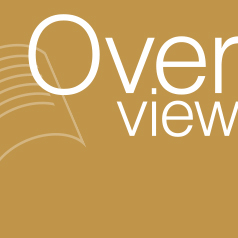