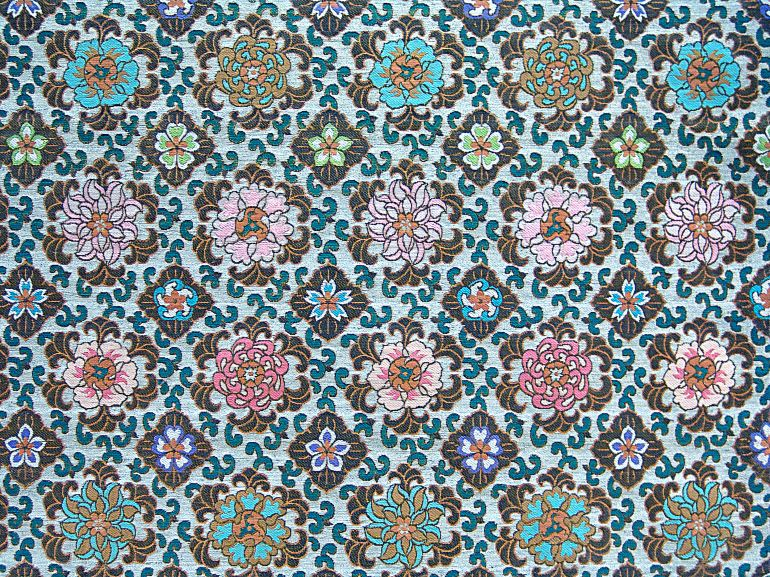 Yunjin is characterized by various patterns and colors. The fabric is produced with a single warp thread (“passing through the warp” and “cutting off the weft”) as well as by using the technique of brocading, “whereby discontinuous