Celadon refers to the greenish glaze of certain porcelains. They are world famous for their fine and delicate texture, crystal-clear green color, brisk and fluent lines, and dignified and simple shapes. It has been said that celadon is “green like jade, clear like a mirror, and has the sound of a qing chime stone.”

Proto-celadon is the earliest porcelain ever produced in the world, and can be traced to the mid-Shang dynasty approximately 3,500 years ago. After the Tang dynasty (618–907), and arising in part because of socio-economic development, and mature craftsmanship, the production of celadon in China occurred at four major kiln sites: Yue in the Tang dynasty, and Yaozhou, Ru, and Longquan during the Song dynasty (960–1279).

Longquan celadon is famous worldwide for its clarity which has been compared to the autumn sky. Celadon ware from the Ge (older brother) and Di (younger brother) kilns is famous for its tranquility which has been likened to the deep sea. Porcelain produced from the Ge kiln is delicate, and is characterized by its purple mouth, iron feet, black body, and crazing. The glaze is smooth and lustrous. Ge ware together with the Guan, Ru, Ding, and Jun wares are called the Five Famous Wares of the Song dynasty. Porcelain produced from the Di kiln is characterized by a white body with no crazing or craquelure; it is world-famous for its thick glaze in shades of jade or plum green.

Under the influence of various other kilns, the Longquan celadon has developed its own unique style since the Five Dynasties period (907–960). During the Northern Song (960–1127), the level of freehand design and incised decoration was without parallel. In the Southern Song (1127–1279), the glaze of Longquan Ge ware was smooth and lustrous with exquisite workmanship. The output of the Longquan kilns was ranked first among all other kilns in the realm during the Yuan dynasty (1271–1368), and the products were exported to more than fifty kingdoms on three continents—Asia, Africa, and Europe. During the Ming dynasty (1368–1644), Longquan celadon was given as imperial gifts—Zheng He (1371–1433) during his seven voyages presented them to the courts of various nations. The late Ming and Qing (1644–1911) dynasties witnessed a decline in production. However, from the Republican era (1911–1949) to the early years after the founding of the People’s Republic of China (1949–), some private potters continued to imitate the porcelain ware of the Song and Yuan.

After the founding of the New China, Prime Minister Zhou Enlai (1898–1976) ordered the establishment of a state-run celadon kiln at Longquan to mass produce celadon ware for everyday use. During its heyday, there were more than 2,000 workers. In the late 1990s, the production system became more flexible, which resulted in a more favorable competitive environment.

The traditional firing method of Longquan celadon originated more than 1,700 years ago. The process of making celadon ware includes crushing, elutriating, decaying, and kneading the clay; forming, drying, trimming, decorating, biscuit firing, glazing, saggaring, and kiln setting of the objects. The last step of the process is firing the dragon kiln with wood. Longquan celadon has its own unique technology in regard to selecting material, mixing glazing material, shaping, and controlling kiln temperature. The unique technology is applied to our daily life, and the celadon ware has its distinctive aesthetic value—ware for display, celadon for decoration, tea set, and tableware—a perfect combination of firing technology and artistic presentation. The thick-glazed celadon ware with powder green (lavender grey) glaze or plum green glaze is simple, elegant, reserved, solid, and tranquil—an expression of Chinese classical aesthetic sentiment.

In September 2009, the traditional technique of Longquan celadon was formally listed by the United Nations Educational, Scientific and Cultural Organization on the List of Intangible Cultural Heritage, the only selected porcelain item world-wide in the list.

In China, museums that feature celadon ware include the Longquan Celadon Museum, the Southern Song dynasty Guan Kilns Museum, the Yaozhou Kiln Museum, and the Sichuan Museum of Song Porcelain. Each of the museums has many treasured items. 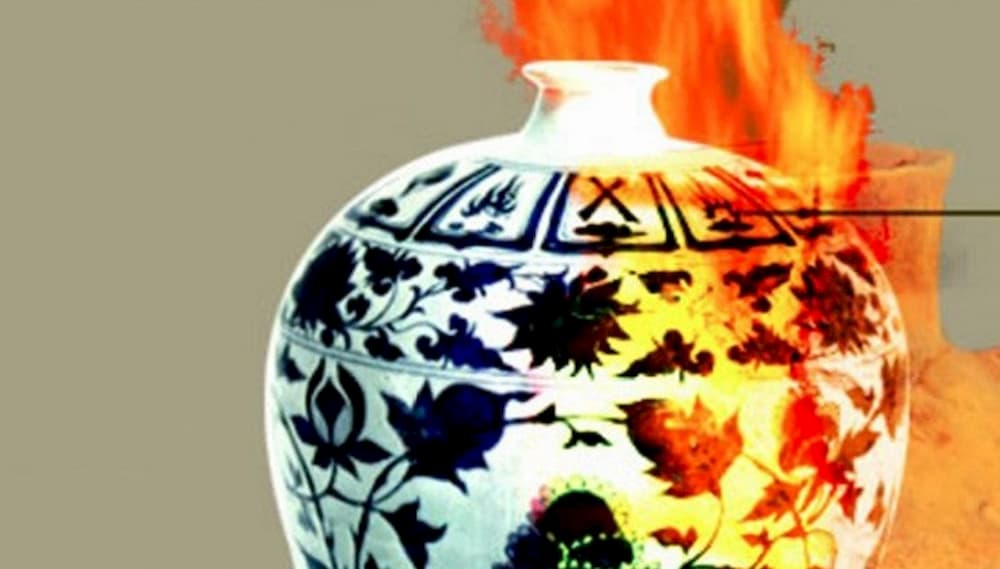