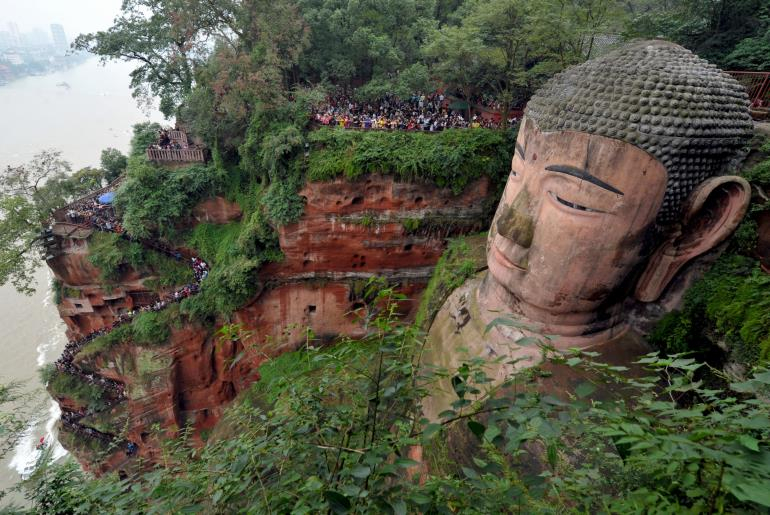 The Leshan Giant Buddha is carved from a cliff on the Qiluan peak, Lingyun mountain, which faces the eastern bank of the Minjiang River. When it was carved, it was called the Giant Maitreya Statue of Lingyun Monastery. This ancient seated Maitreya statue, the world’s largest, is just one of the outstanding artistic works carved from the cliffs during the Tang dynasty (618–907). Solemnly sitting bolt upright, the giant Buddha rests both hands on his knees. At seventy-one meters tall, the Buddha is the largest cliff statue in China.