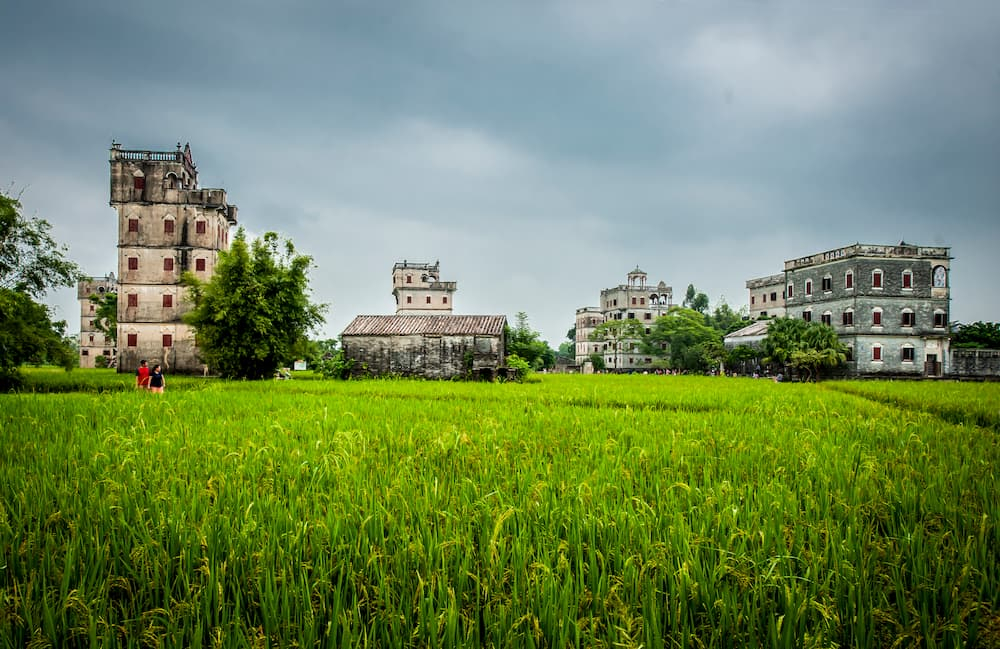 Located in the Pearl River Delta, these multi-story diaolou, or watchtowers, functioned as both a regional defense system and as residences and warehouses. The watchtowers were built by returning overseas Chinese and integrate Chinese and Western architecture styles. They are a reflection of a particular time and place in history and the most convincing historical witnesses to the reciprocal influences among Chinese migrant cultures and various other ethnic groups. The watchtowers of Kaiping, in Pingjiang, Guangdong province, reached their heyday in the early twentieth century when there were as many as three-thousand of them. However, after the 1940s, they were largely neglected for more than half a century. In 2007, Kaiping Diaolou and Villages were inscribed on UNESCO’s World Heritage List; they were also the first World Heritage site that was also associated with the culture of migration.

The formative period for the watchtowers was during the years when Chinese immigration exclusion policies in the United States and Canada forced many Chinese people to return home to China. With the idea of “returning to their roots,” some overseas Chinese saved their hard-earned money and sent it home to support their families and made long-term plans to build a home for their family members. As most of the Kaiping villages were made up of overseas Chinese sharing the same clan names, it was easy to maintain close ties between the clan and their overseas relations.  They helped one another and formed a unified front that was, generally speaking, stronger than that of the foreign nationals.

The large-scale construction of Kaiping watchtowers occurred during the transition from traditional Chinese society to a modern society. These structures represent an integration of Western and local Chinese architecture. They amply reflect a mentality that is self-confident, open, and tolerant in the face of other cultures. The watchtower owners incorporate much of what they had seen and heard into the designs of their buildings. The local construction workers did not rigidly adhere to any fixed rules but aimed for a mainly formal beauty. In addition, the various aesthetic tastes and economic strengths of the owners resulted in a mixture of Western architectural styles from different periods. Buildings that were created by grafting both Renaissance and seventeenth century European styles may still be found in Kaiping.

The middle and lower parts of the towers are usually simple and practical, and were mainly designed for defense purposes. The upper levels, on the other hand, invariably manifested a certain esprit as the owners showed off their pride and accomplishments to their fellow villagers. The architectural styles of these towers fall into roughly four categories: colonnade, terrace, castle, and mixed.

In their construction, attention was given to making it easy to defend from a high point. The walls are thicker, and the windows are smaller than in traditional residences; these out-of-the-ordinary modifications were made in order to resist enemy attack. The roofs often have a series of merlons and crenels allowing the residents to shoot at the enemy below. In 1945, the four rural self-defense troops of the Situ clan used the north and south buildings as defensive fortresses against the Japanese invasion; they succeeded in delaying the enemy from retreating to the waterfront. The manner in which these watchtowers developed and changed to become a rural defense system are defined by scholars as a prime example of Chinese point-mode fortification.

In Kaiping, the hometown of many overseas Chinese, people pay attention to the harmony of natural environment and human, a thought derived from the traditional fengshui culture, laying stress on living in a locale surrounded by mountains and water, holding winds and vital breath, and achieving the human-heaven harmonious relationship. They built the watchtowers on locations carefully sited after a comprehensive analysis of the surrounding terrains, environment, traffic, and other factors. In the 1930s, some overseas Chinese returned home with proud of their achievements bought land on which to build new villages for the overseas Chinese. They emphasized the overall layout and gave thorough consideration to the hygienic conditions, ventilation, natural light, drainage, and traffic conditions.

The Kaiping County Gazetteer records that “the newly built village made a number of changes which resulted in improvements over previous village planning.” People at the time called it a model village. There were village rules, which everyone who entered the village had to follow, such as: no gambling or smoking opium; and all important village affairs must be discussed by the public and determined by the majority. They adopted a Western method of lot buying before dividing the land into equal areas for home building. The household allotments were determined by drawing. A variety of autonomous village organizations were established on their own initiative. 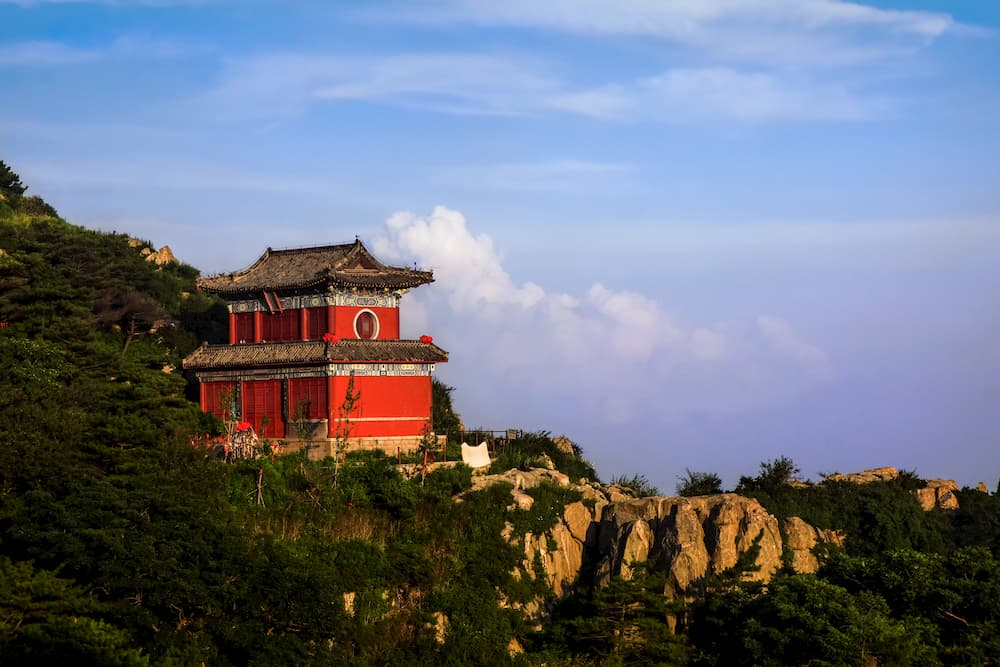