China’s Eight Years’ Total War of Resistance Against Japanese Aggression met a twist in 1941. On 8 December 1941 (7 December US time), Japan launched a surprise attack on the United States’ naval base Pearl Harbour and swiftly seized British Hong Kong and Southeast Asia. These Japanese operations triggered the Pacific War as the United States declared war on Japan, Germany, and Italy. China soon officially declared war on Japan and joined the Allied powers alongside Britain, the Soviet Union, and the United States against the Axis powers. Chiang Kai-shek (蔣介石) became the Supreme Commander of Allied forces in the China War Zone. Soon from 1943, new agreements were reached between China and the great powers to abolish the latter’s privileges in China gained by the unequal treaties.

The Pacific War marked the counterattack phase (1941-45) for Chinese resistance against the Japanese after years of retreat and stalemate. In the Third Battle of Changsha (第三次長沙會戰), the National Revolutionary Army (NRA) withstood Japan’s invasion for yet another time, boosting China’s confidence to win the war. Meanwhile, China shouldered its responsibilities as an Allied power by sending an expeditionary force to aid Myanmar (then known as Burma) where it achieved remarkably. In 1943, a summit was held between Chinese, British, and American heads of state and the Cairo Declaration was issued to call for Japan’s unconditional surrender and return of Chinese territories. These terms were included in the Potsdam Declaration signed in 1945. China also played its part in the founding of the United Nations, an international peace organisation.

In the final years of the war, Japan launched the Operation Ichi-Go (or the Battle of Henan-Hunan-Guangxi, 豫湘桂會戰) in April 1944 determined to turn the tide. The operation ended in December 1944 was a great blow to the NRA. However, the NRA continued to fight with the support of the Chinese people, compatriots in Hong Kong and Macao, and overseas Chinese. In late spring 1945, China reclaimed Guangxi Province (廣西) in a counterattack against Japan. In August 1945, the United States dropped two atomic bombs on Hiroshima and Nagasaki. Meanwhile, the Soviet troops advanced into Northeast China and crushed the Japanese Kwantung Army. On 15 August 1945, Japanese Emperor Hirohito announced Japan’s unconditional surrender in the “Hirohito surrender broadcast”, marking the end of World War II and China’s victory of Fourteen Years’ War of Resistance Against Japanese Aggression (1931-45). On 2 September 1945, Japanese representatives signed the Japanese Instrument of Surrender. On 24 October the same year, the United Nations was established, with China, one of the five great powers, becoming a permanent member of the United Nations Security Council (together with the United States, Britain, the Soviet Union, and France). 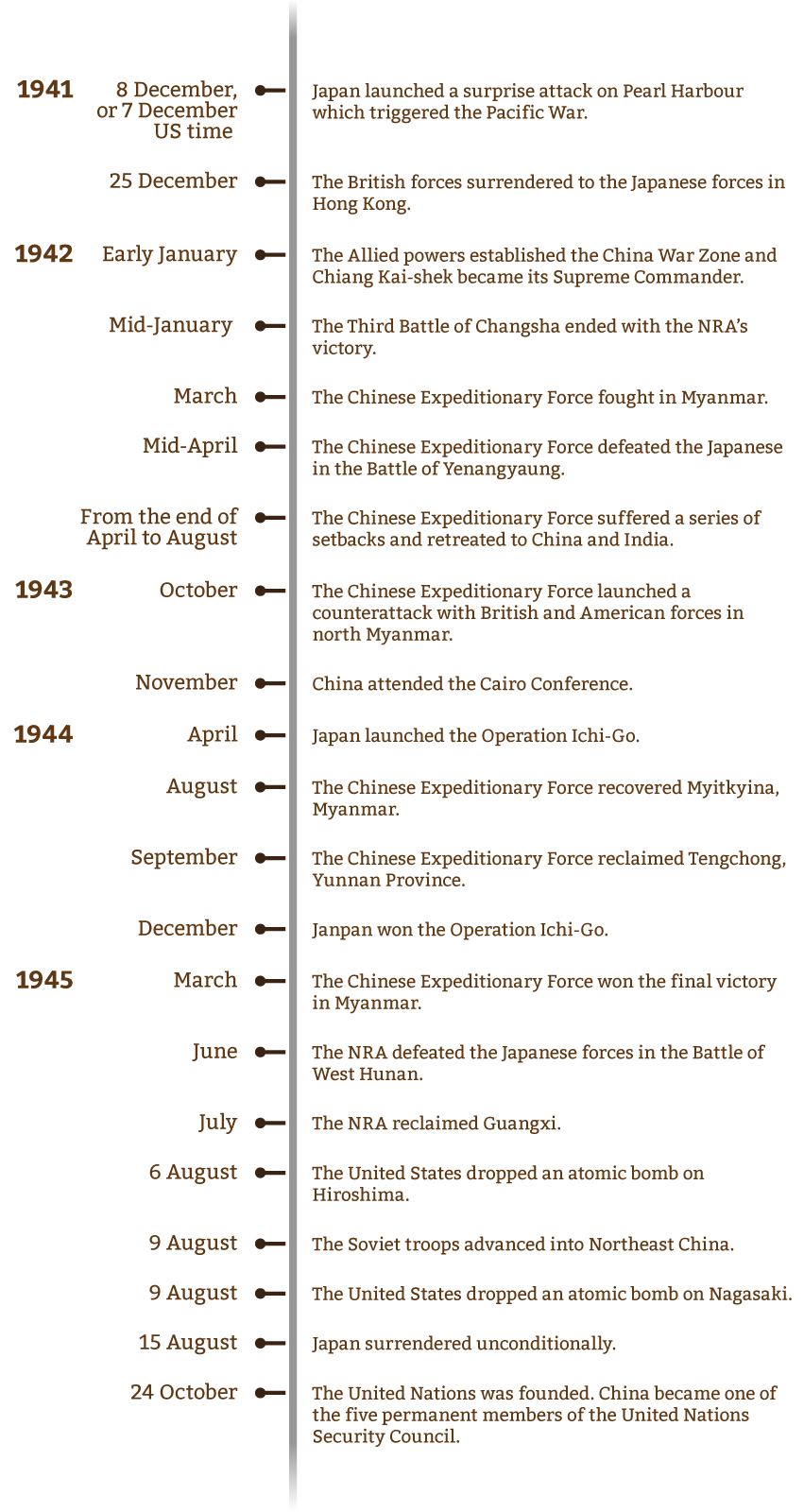 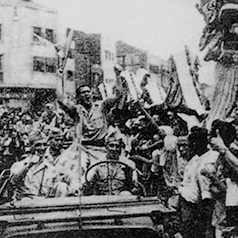 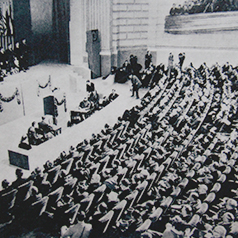 (8) China Became the Top Five Powers in the United Nations 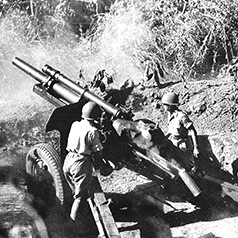 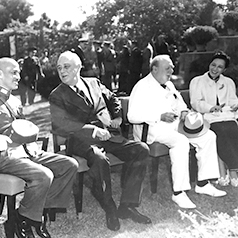 (4) China at the Cairo Conference