Since the 1840 Opium War, China had been beleaguered by internal and external problems. Its utter defeat in the two Opium Wars was a rude awakening for the Qing officials. They believed that China failed because it lacked strong ships, effective weaponry, and other military technology. Thus, they recognised that it was necessary to acquire the technologies that enabled the Western powers to dominate, or, as Wei Yuan (魏源) put it, “learn the skills that the barbarians excel in so as to subdue them (師夷長技以制夷).”

Meanwhile, working in concert, the Xiang Army (湘軍), Huai Army (淮軍), and Foreign Gun Troop (洋槍隊) achieved military success in quelling the Taiping Rebellion (太平天國). This convinced Zeng Guofan (曾國藩), Li Hongzhang (李鴻章), Zuo Zongtang (左宗棠), and other prominent Qing statesmen of the superiority of Western weaponry. They concluded that the only way to save the failing empire was to strengthen it through emulating the Western powers. It was in this context that the Self-strengthening Movement - the first reform aimed at learning from the West - began in 1860.

The Self-strengthening Movement was guided by the principle “Chinese learning for substance, Western learning for practical application (中學為體，西學為用)”. It means that all initiatives would be centred around China’s traditional social systems and culture, while Western knowledge, valued for its utility alone, would be acquired and adopted as needed to further the core objectives. Representative figures of the movement included Yixin (奕訢), also known as Prince Gong (恭親王), Wenxiang (文祥), Zeng Guofan, Li Hongzhang, Zuo Zongtang, and Zhang Zhidong (張之洞). They were referred to as the “Western Affairs Camp (洋務派)”, and the Office for the General Management of Affairs Concerning the Various Countries (總理各國事務衙門), which also called the Zongli Yamen (總理衙門), became the central command body of the movement.

Adopting the maintenance of Qing rule as its objective, the Self-strengthening Movement never explored the constitutional government systems adopted by Western countries. However, this omission, along with rampant corruption in the Qing government, ultimately doomed the nation’s pursuit of military strength and prosperity. In 1894, China’s prized Beiyang Fleet (北洋水師) - groomed for years by Li Hongzhang and other members of the Western Affairs Camp - suffered an unexpected and calamitous defeat in the First Sino-Japanese War. The failure of the Self-strengthening Movement was laid bare, which spelt the movement’s demise. Despite its failings, the Self-strengthening Movement did succeed in establishing an array of new industries and cultivating talent in the military and technological fields. It represented China’s first step towards modernisation. 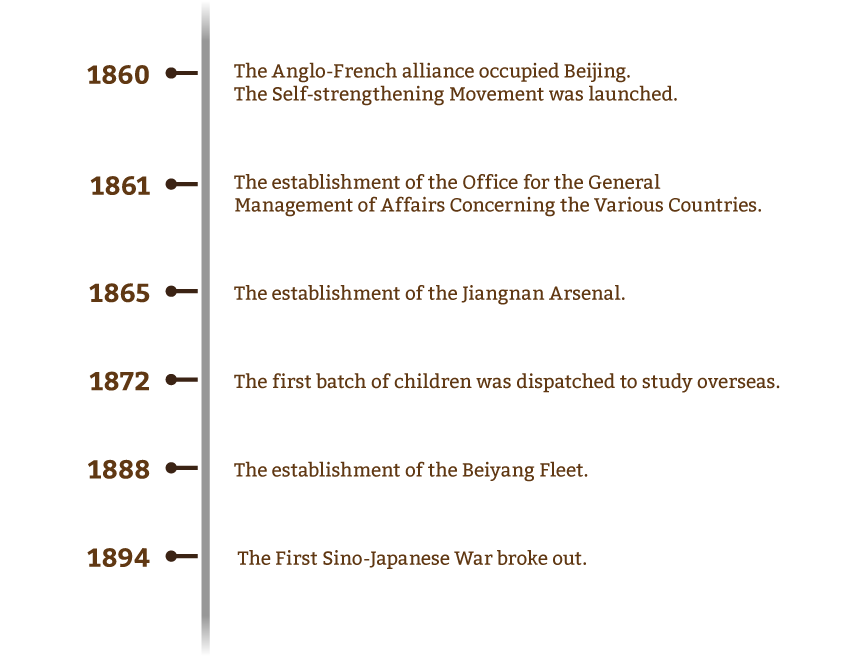 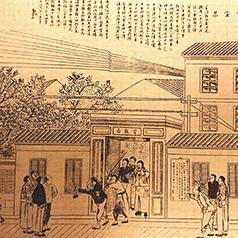 (5) A Movement Doomed by its Fundamentally Flawed Principle 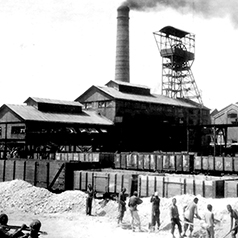 (4) The Rise of Government-Supervised, Merchant-Managed Industries 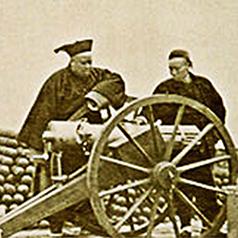 (3) Strengthening the Military via Adopting Western Arms and Tactics 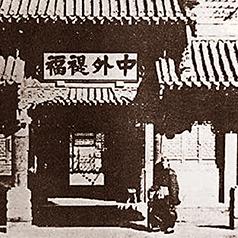 (1) Strengthening the Nation via Emulating the West