Following the Xinhai Revolution’s (辛亥革命, or 1911 Revolution) first uprising of Wuchang (武昌) on 10 October 1911, the Military Government of the Republic of China headed by Li Yuanhong (黎元洪) was immediately established. In just two months, more than a dozen provinces declared independence and seceded from the Qing regime.

On 2 December, the revolutionary army seized Nanjing (南京). On 29 December, delegates from the 17 independent provinces convened in Nanjing and elected Sun Yat-sen (孫中山), who had just returned to Shanghai (上海) from overseas, as the Provisional President of the Republic of China.

On 1 January 1912, Sun arrived at Nanjing from Shanghai and assumed office that night. He officially proclaimed the founding of the Republic of China and the adoption of the Republic of China calendar. It used 1912 as the first year for numbering years, while the numbering of months, days, and leap year rules would follow the Gregorian calendar (solar calendar). Shortly afterwards, Sun named Li as the Provisional Vice-President of the Nanjing Provisional Government and approved the Cabinet. Senators were selected from the independent provinces to form a provisional senate as the legislature.

To prevent the division of the nation by civil war, Sun agreed to cede his position to Yuan under three conditions: he must facilitate the Qing emperor to abdicate, approve the Republic, and uphold the Constitution. On 12 February 1912, Emperor Xuantong’s (宣統) abdication officially spelled the end of the Qing dynasty. After that, Sun resigned, and the provisional senate elected Yuan to be the new provisional president. On 10 March, Yuan assumed office and moved the Nanjing-based provisional government to Beijing (北京). The next day, the Provisional Constitution of the Republic of China (《中華民國臨時約法》) was announced in Nanjing.

The establishment of the Republic of China toppled the 2,000-plus years of autocratic imperial monarchy and ushered China into the new republican era. 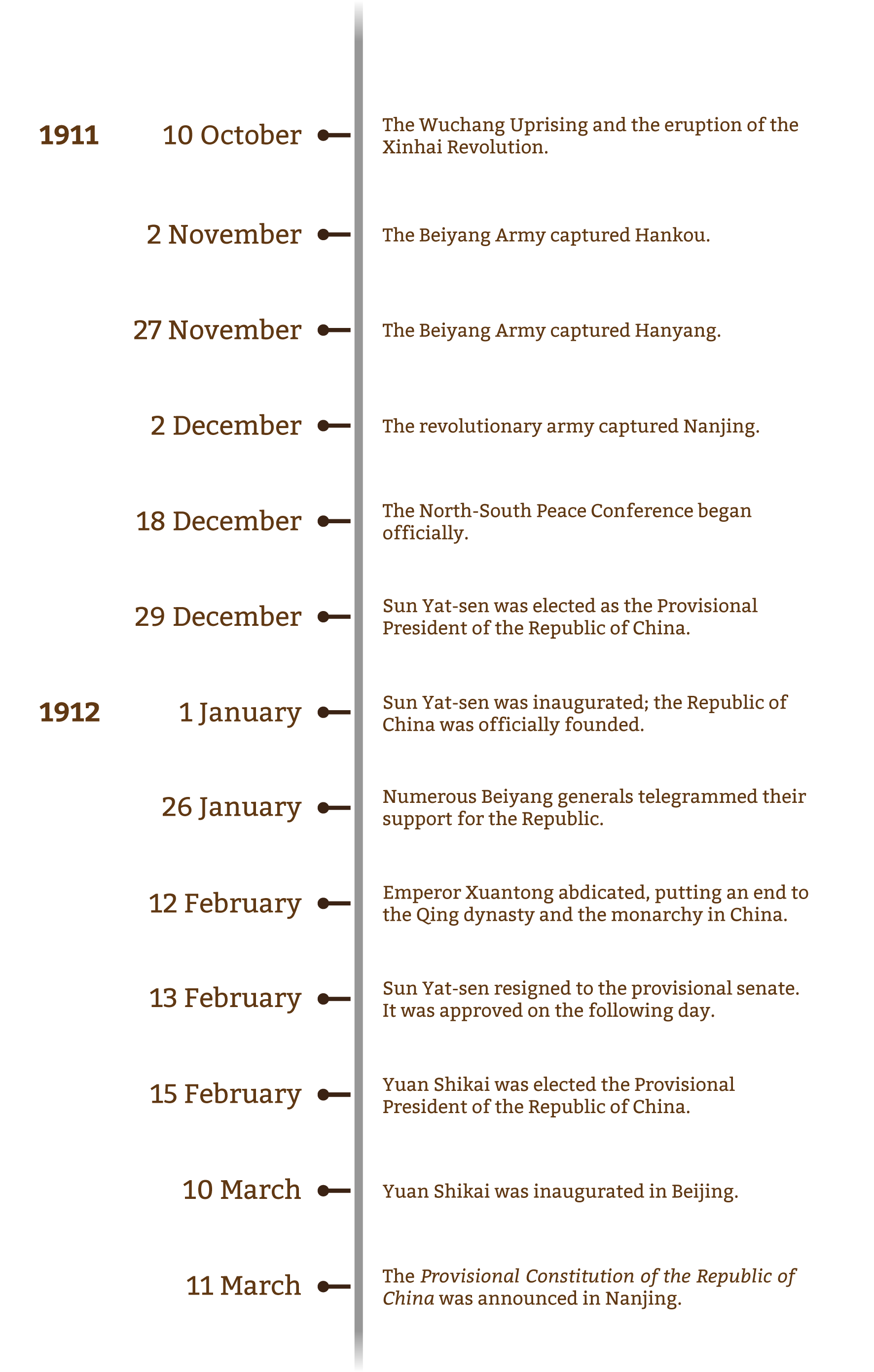 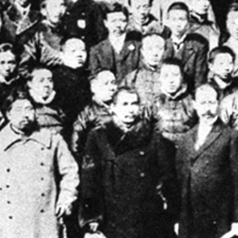