Regret is for those without foresight. The same goes for countries, and for a country as extensive and populous as China, long-term planning is particularly important. Yet how does China formulate and carry out these plans?

Annette Nijs, former cabinet member in the Netherlands and renowned economist  once said, “China is one of those countries which are very clear in their long-term planning. It planned and set targets far more clear than most European economies.”

The Chinese government’s success in maintaining steady progress must be attributed to China’s public policy coordination mechanism -- the Five-Year Plan. 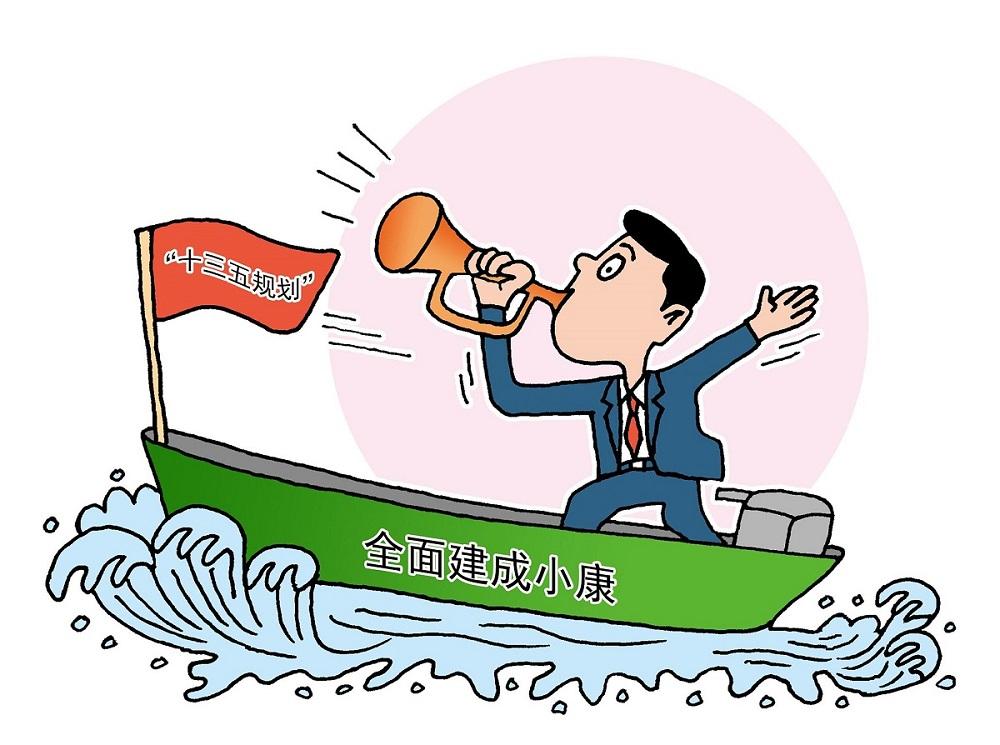 China’s Five-Year Plans are the blueprints and masterplans for the next five years’ national economy and social development, embodying the government’s development strategy and overall ideas. Like an all-encompassing basket of policies, these plans determine the scope, direction and type of measures that need to be taken, what policies to set and lay out the government’s upcoming tasks.

As a forward-looking mechanism for public policies, this comprehensive development planning is era-spanning and covers a wide range of issues, demanding a high quality in policy-making that would be difficult for other countries to aspire to.

China is a vast and populous nation with 56 ethnic groups, 32 provinces, autonomous regions, municipalities and two special administrative regions. In addition, it has 15 sub-provincial cities and 334 prefecture-level divisions, all with different population compositions, climate and resource endowments. Formulating a common plan that takes into account the needs of diverse stakeholder groups and peoples, as well as achieving consensus between Central and regional governments, is no easy task. Despite this, China has been steadfast in constantly refining its planning mechanism.

Since the reform and opening-up in particular, China has adopted a strategy of “crossing the river by feeling the stones,” whereby ineffective policies are rescinded or adjusted and effective ones maintained. The role of planners has been modified, the importance and function of the Five-Year Plan in macroeconomic adjustment has been redefined, making it one of the three major macroeconomic adjustment measures alongside fiscal and financial policies, thereby safeguarding well-coordinated, balanced economic development.

Not counting the interrupted Five-Year Plan during the economic adjustment period of 1963 to 1965, as of 2005 China has implemented ten Five-Year Plans in total.

From the 11th Five-Year Plan in 2006 onwards, China has used the term ”gui hua” (計劃) instead of ”ji hua” (規劃) when referring to “planning,” to highlight the element of regulation and control (gui) rather than the element of strategic command (ji) in planning. Economist Zhang Lianqi gave a visual explanation, ”Jihua aims to have each tree reach a certain height and girth, while guihua makes an overall plan for the entire forest while letting each tree grow as it sees fit.”

Most importantly, in addition to the existing “predictive targets,” the 11th Five-Year Plan introduced new “binding targets” (The Outline of the 11th Five-Year Plan mandates that the binding targets within the plan are legally binding and will be incorporated into existing systems for comprehensive review and evaluation of social-economic progress in all parts of the country and all government departments). Unlike the command-and-control economic targets set in previous plans, binding targets are different in that they represent the government’s pledge to society, and has a binding effect on government bodies instead of enterprises. This is especially the case for work on environmental protection, state-owned land use and provision of social services.

In reality, the 11th Five-Year Plan’s greatest success was in raising various departments’ awareness about carbon emission reduction, leading to a change in government behavior.

Yet how was the Five-Year Plan formulated?

Wang Shaoguang, Professor of the Department of Government and Public Administration at the Chinese University of Hong Kong, and Yan Yilong, Assistant Professor of the Center for China Studies, Tsinghua University, described in detail the 10 steps used to formulate the 13th Five-Year Plan.

The Five-Year Plan enables the government to:

In the past 30 years, China’s economy has been vibrant thanks to the government’s visionary and comprehensive planning of economic, social, technological and environmental development. The mid and long-term plans cover all fronts, from infrastructural development like the space program and the high-speed rail network to areas like human resources, education, health care and hygiene, sports and culture.

Besides overall planning, the State Council can formulate and establish specific or regional plans and they will be incorporated into local planning, where they will be further optimized and refined. This is referred to as the “planning of the three levels and three categories” (state-province-city and overall-specific-regional) and forms an interwoven planning network that ensures all central government departments and regional governments play their designated roles in the Central Government’s pre-defined framework.

Regional plans like the Go West strategy and the revitalization of Northeast China have practical use in coordinating regional economic development. During plan implementation, allocation of funding and direct investment from the Central Government has a supportive or even decisive effect. Regional plans enable local and central decision makers to coordinate their policies and investments, as well as scope for policy flexibility for regional officials.

Specific plans, for example those on energy saving and carbon emission reduction, serve to coordinate interdepartmental and intergovernmental investment, monitoring and governmental action. They often involve the regulation of sectors like infrastructure, use and conservation of land and other important resources, environmental protection and public utilities.

Wang Shaoguang, Hu Angang, Yan Yilong and some others regard the Five-Year Plan system as an important measure for utilizing the “two hands” -- the government and the market -- and engaging the “two active parties” -- meaning the Central Government and regional governments. It plays a major role in promoting economic development.

The Five-Year Plan system provides space for the market to develop and the devolution of power by the government, while guaranteeing control of the economy by executive departments. Since the term guihua instead of jihua has been used, it has become a primary means for setting all kinds of public policies.

Through repeatedly process of democratic centralism, the Five Year Plan is able to reflect the nation’s strategic purpose to the greatest extent while fully expressing the needs of the masses. It reflects the Central Government’s strategic decisions and at the same time embodies regional demands for development, and thus provides a platform for different stakeholders and views to mingle, find a compromise and reach an agreement in policy setting. Hu Angang therefore believes that the Five-Year Plan formulation is a public decision-making process that best embodies Chinese characteristics, and represents the organic synthesis of democracy, centralization, decentralization and unification.

A plan’s formulation, followed by its implementation, evaluation and eventually the development of the next plan repeats itself as a strategic, cyclic process.

While each newly formulated Five-Year Plan locks on to a specific long-term goal, it does not mean that previous policies are to be completely abandoned in favor of new plans. Rather, amendments or additions are made based on the previous Five-Year Plan, taking into account the latest environment and changes in the development situation to adjust and improve existing goals. In this way, the Five-Year Plan helps maintain long-term stability while allowing flexibility.

Another characteristic of the Five-Year Plan is that its cycles are not in sync with Party and government office terms. Handovers of these posts take place in the middle of the five-year interval, and therefore the newly appointed leadership must spend their first three years on fulfilling the goals set by the previous leadership, creating a lock-on effect in terms of plan implementation, and thus ensure that policies are upheld despite the change in personnel.

As remarked by Annette Nijs, China’s long-term goal of building a moderately prosperous society is very clear from the very beginning. Major goals are broken down into smaller goals by the government and gradually implemented according to a series of Five-Year Plans. The outcome has proved the effectiveness of this measure.

Yan Yilong: Why Can’t India Catch Up With China? – Case Study of Transitioning under the Five-Year Plan (鄢一龍：印度為什麼追不上中國？——以五年規劃轉型為例), by Yan Yilong, guancha.cn, Aug. 15, 2013 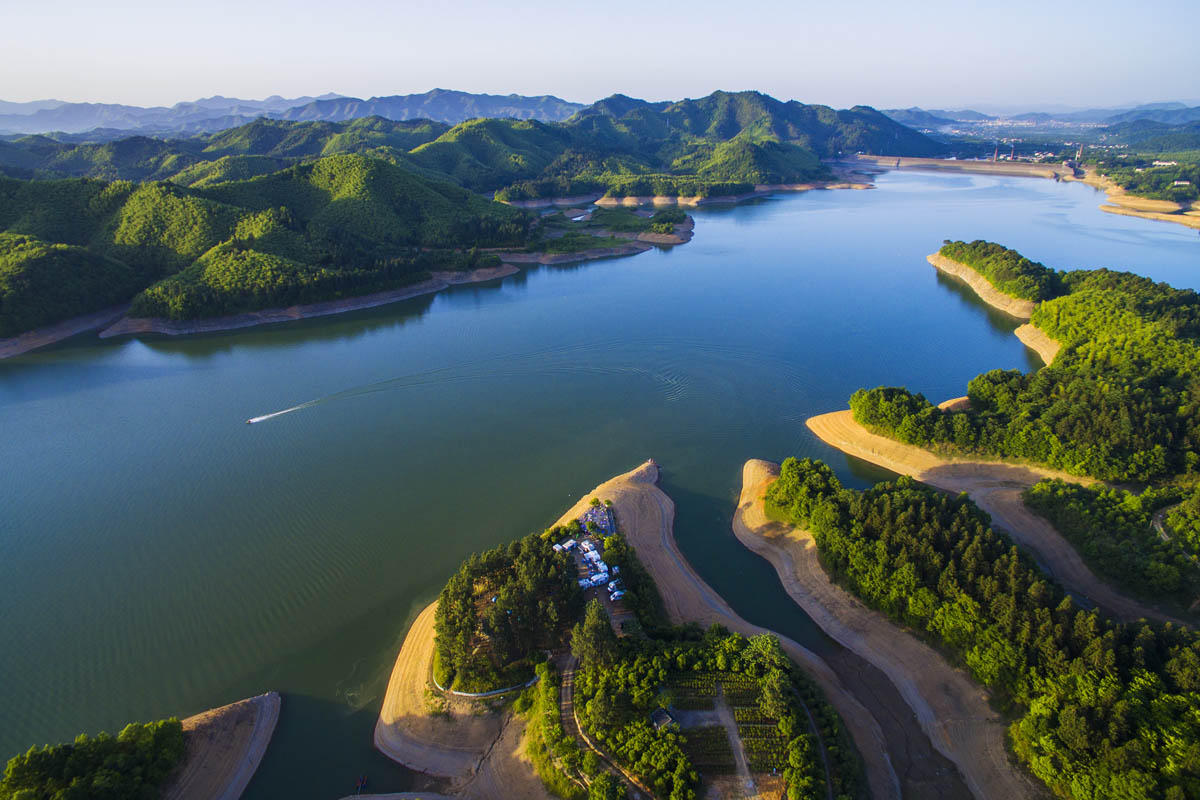 Green is Gold: Clear Waters and Green Mountains are as Good as Mountains of Gold and Silver