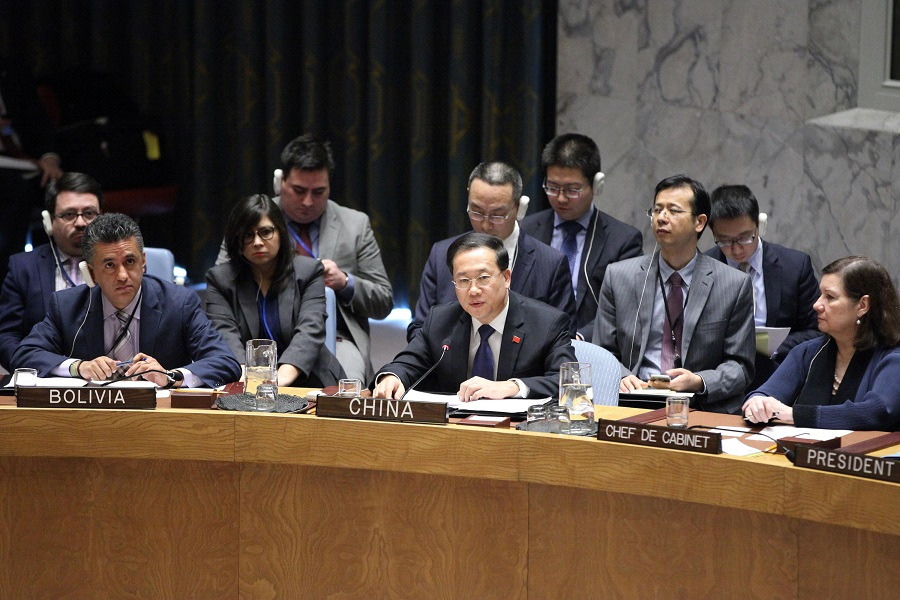 When the People’s Republic of China (PRC) was founded, China initially adhered to the principle of “leaning to one side” in its foreign policy. This meant its diplomatic ties were limited to just a handful of socialist states and a few Western nations. Later, besieged by hostile Western nations led by the United States, the PRC began to shore up its international presence in earnest to escape isolation.

In 1954, the PRC made its debut in multilateral diplomacy by attending an international conference in Geneva, Switzerland, which discussed issues concerning Korea and Indo-China. At this conference, China raised some constructive, fair and reasonable views. While the United States’ negative attitude forestalled the reaching of an agreement on the Korean issue, China’s proposals regarding Indo-China received positive responses from the participating nations. After some back and forth, the convention finally hammered out principles for a total ceasefire on all three sides of the Indo-China conflict and drafted the Final Declaration on the Problem of Restoring Peace in Indo-China, which made way for a peaceful settlement. By fully exploiting and negotiating the differences and disagreements between parties involved and by putting forward a proposal at the right moment, the Chinese delegation made a great impression on all nations present at the convention. 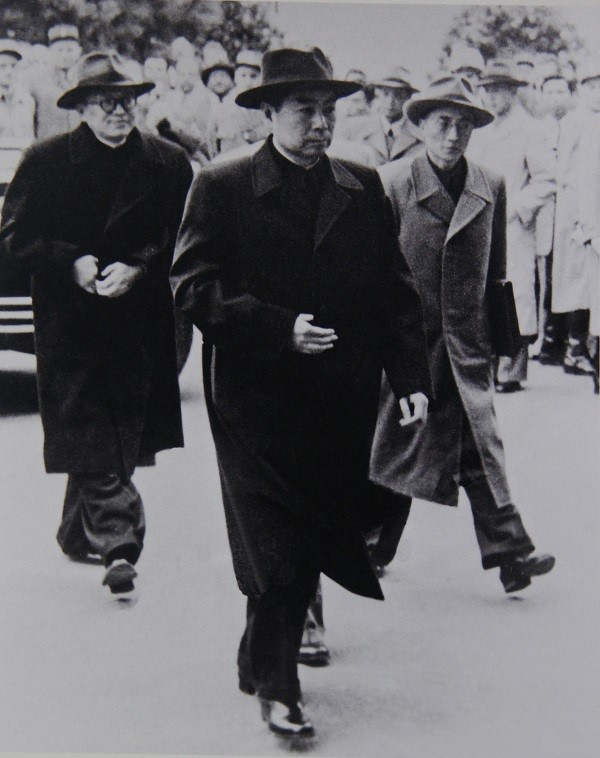 Striving to take a more active role in international affairs, China later attended the Asian-African Conference held at Bandung, Indonesia at the invitation of Indian Prime Minister Nehru. The first international conference held by Asian and African countries themselves without the participation of Western countries, the conference aimed to promote unity and participation among Asian and African countries and explore their common interests. In response to the skeptical attitude towards socialism from certain nations, Zhou Enlai (周恩來) proposed the principle of “seeking common ground while shelving differences” while concurrently pursuing diplomatic relations in activities outside the conference. This helped dispel misconceptions and misgivings about China among participating nations. By assuming an active role at the conference, China was able to ease the tension between itself and neighboring countries and from there proceed to build diplomatic relations with numerous Asian and African nations. These two conferences were defining moments in China’s diplomatic history; Such instances of multilateral diplomacy were, in fact, rather rare during that period.

China worked hard in its founding days to resume its legal rights at the United Nations. This was achieved in 1971 when the 26th UN General Assembly passed Resolution 2758 to restore China’s lawful seat there. Chinese delegations soon began participating in the work of the United Nations and its key institutions. However, not knowing enough about the working of the UN back then, China regarded the United Nations as merely a forum against super-power hegemony and one that supported the anti-imperialist and anti-colonial efforts of third world nations. China assumed a non-proactive attitude in certain UN tasks and did not participate in the World Bank and the International Monetary Fund. China did not welcome UN System loans. Nor did it take part in UN peacekeeping missions. To sum up, China’s role during the period was that of a bystander with limited participation in and influence over UN affairs. 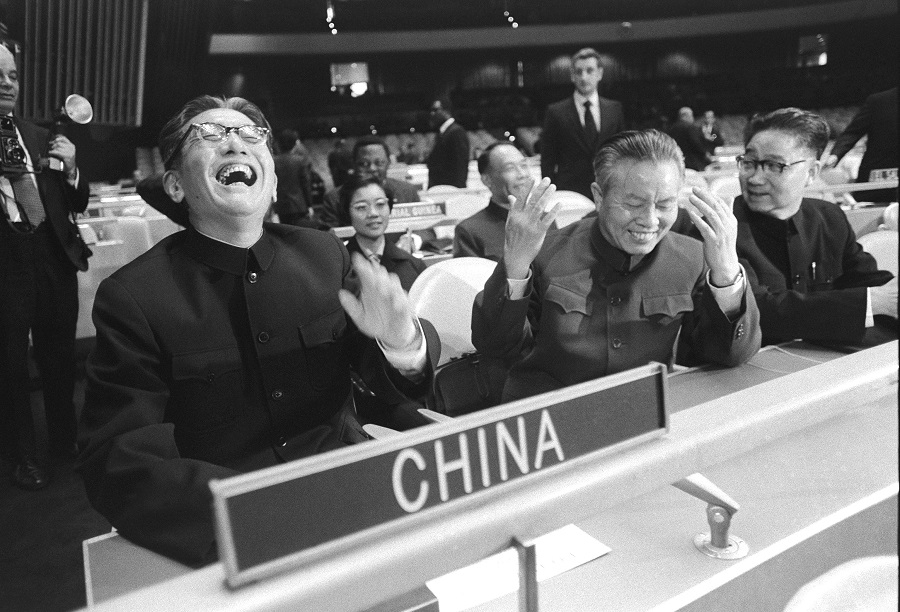 Since reform and opening-up in 1978, China has learned to view the state of the world in a more objective light, and has redefined its international role accordingly to pursue a more proactive and open foreign policy. Its participation in multilateral institutions closely followed the progress of the country’s reform and opening-up, the latter in turn lending momentum to China’s multilateral diplomacy.

During this period, China began to attach greater importance to its participation in international bodies, especially the UN organizations. It also recognized that the United Nations was not only a forum for safeguarding national sovereignty and interests, but also a key channel for tapping into opportunities for growth.

China obtained membership first in the Food and Agriculture Organization of the United Nations, then in the World Intellectual Property Organization. In 1980, it regained its member nation seats in the World Bank and the International Monetary Fund, and accepted the international loans it was offered. From 1979 to 1983, China obtained US$230 million in aid from the UN Development Program and the UN Population Fund. In 1986, it officially applied for full membership in the General Agreement on Tariffs and Trade.

On another front, China gradually increased its involvement in international political and security affairs. In 1981, it declared its support for peacekeeping missions in accordance with the UN Charter, and started dispatching soldiers to participate in the missions in 1990. China also actively acknowledged the United Nations’ efforts in pursuing global disarmament and from 1980 onwards, China began participating in UN Conferences on Disarmament. In 1983, it appointed its first resident envoy for the United Nations’ disarmament affairs and signed a series of documents and agreements on disarmament and arms control. China was also actively involved in the third UN Convention on the Law of the Sea, and played a role in a number of specialized international organizations such as the International Atomic Energy Agency and the International Criminal Police Organization.

From the end of the Cold War to the present: towards comprehensive cooperation

The end of the cold war in the early 1990s meant a sea change for the existing regime governing international affairs. Disintegration of the previous bipolar structure prompted the transition towards a multipolar international system with multiple checks and balances. Cooperative forces in international relations started taking over from antagonistic ones, setting the stage for cooperation-oriented multilateral diplomacy to flourish.

At the same time, economic globalization has bound different regions in the world more closely together than ever before. This has increased interdependence and mutual interests between nations and encouraged nations to pursue development via cooperation. However, globalization is not without its flaws. Emerging problems include environmental degradation, resource issues and the threat of terrorism and transnational crime. These problems cannot be solved by one or two nations single-handedly. All nations worldwide need to work together to devise a solution via multilateral diplomacy.

With the end of the Cold War order, the United Nations had a more prominent role to play as an advocate of multilateralism. Recognizing this China has increased its commitment to the United Nations and sought to participate in a variety of UN missions. In terms of peacekeeping and security, China is the top troop-contributing nation among the five permanent members of the UN Security Council. As of February 2019, China had taken part in 24 peacekeeping missions and deployed over 39,000 peacekeeping military personnel. In 1992, China signed the Treaty on the Non-Proliferation of Nuclear Weapons, followed by the Comprehensive Nuclear Test Ban Treaty and the Chemical Weapons Convention, a sign that China is willing to take responsibility for limiting strategic offensive arms. Where global environmental challenges are concerned, China is a signatory of the United Nations Framework Convention on Climate Change and has attended numerous international climate change conferences. Not only did China take responsibility for reducing its own greenhouse emissions, it actively helped to balance the interests of various parties to facilitate an international agreement on climate change at the conferences. 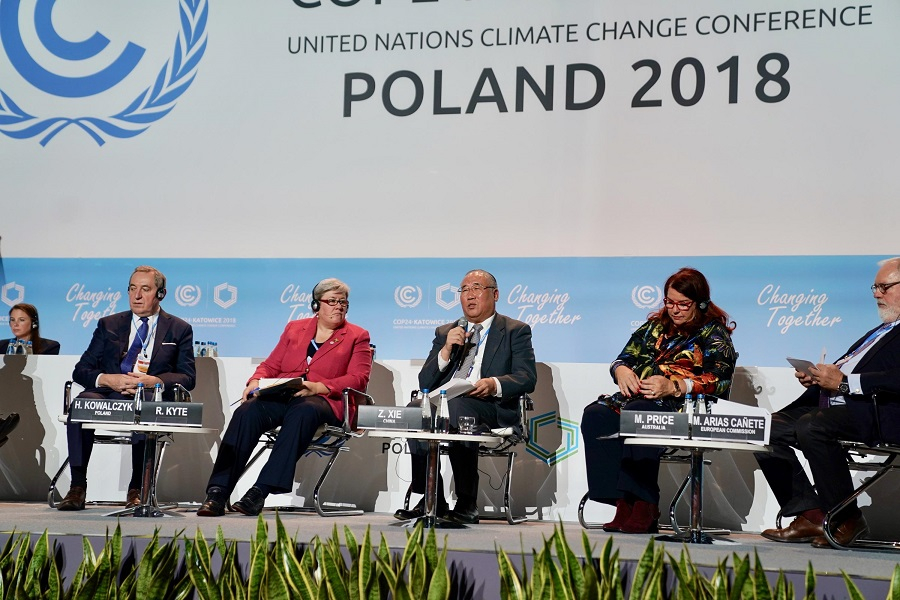 China also actively participated in regional and interregional multilateral efforts. Examples of the former are the Asia-Pacific Economic Cooperation (a forum of 21 Pacific Rim member economies), the Shanghai Cooperation Organization and the Boao Forum for Asia. Examples of the latter are the Forum on China-Africa Cooperation, the China-Arab States Cooperation Forum and BRICS (the economic block representing Brazil, Russia, India, China and South Africa). As a key nation in the Asia Pacific region, China regards multilateral diplomacy with neighboring countries and the Asia Pacific region as priorities in its overall diplomatic strategy.

China’s multilateral diplomacy in the current era is characterized by multilevel cooperation and the broad spectrum of issues addressed. It has participated in initiatives that aimed to foster cooperation in a specific domain or address an issue of major international concern, such as the Asia-Pacific Economic Cooperation and the Six-Party Talks concerning the nuclear disarmament of North Korea. China has encouraged other initiatives that called for exchanges and communication on a wide range of topics concerning trade, security, education, society and other issues, such as the Forum on China-Africa Cooperation and BRICS. 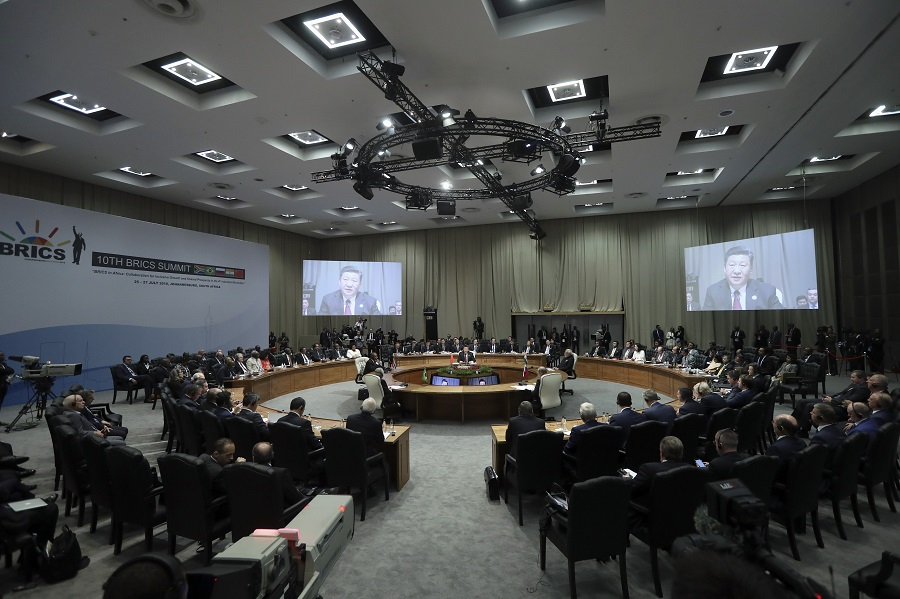 During the process, China has gradually become an active participant and even proponent in multilateral diplomacy. Besides playing an active role in ongoing multilateral initiatives, it has also helped initiate new ones and organize related meetings: for example, it guided the establishment of the Shanghai Cooperation Organization, a multilateral organization whose mission is to help resolve border issues and safeguard regional peace and stability. Since its establishment over a decade ago, it has helped extend international cooperation in various fields of economics and humanities. Another example is the Asian Infrastructure Investment Bank, a multilateral financial organization founded at China’s suggestion. It aims to enhance connectivity and promote economic integration in Asia. Its membership has grown to 97 countries and regions. These initiatives demonstrate China’s growing presence in multilateral diplomacy in the current age.

Ever since China started participating in multilateral diplomacy, it has steadfastly upheld the principle of acting in the best interests of all and striving for cooperation and win-win results. This has made multilateral diplomacy an interface for collaboration and mutual progress between China and the world. As China’s power and ties with the world grow, multilateralism will continue to play a major role in appropriately handling international affairs like international trade disputes and conflicts and balance the interests of all parties concerned. Considering conspiracy theories that brand China a threat, multilateral diplomacy will have a very important role to play in the days ahead in improving China’s international image and communicating truthful facts and China’s goodwill to the world. 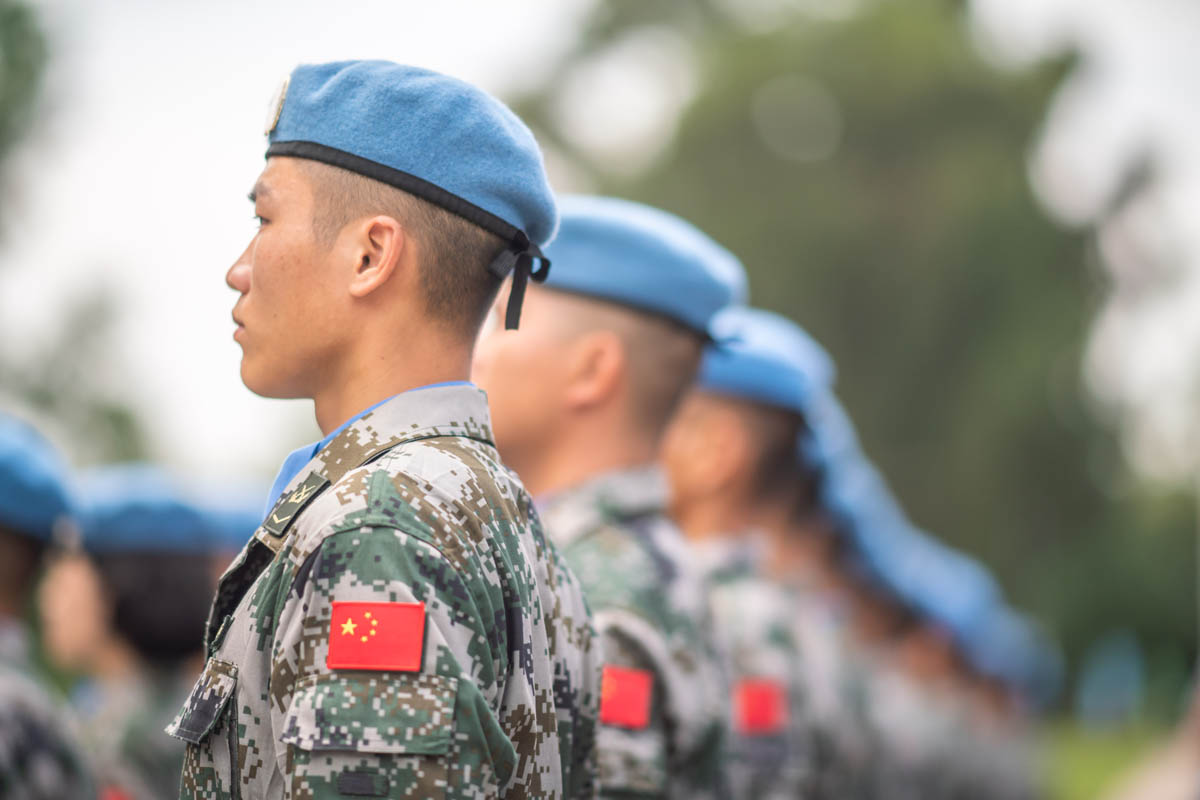