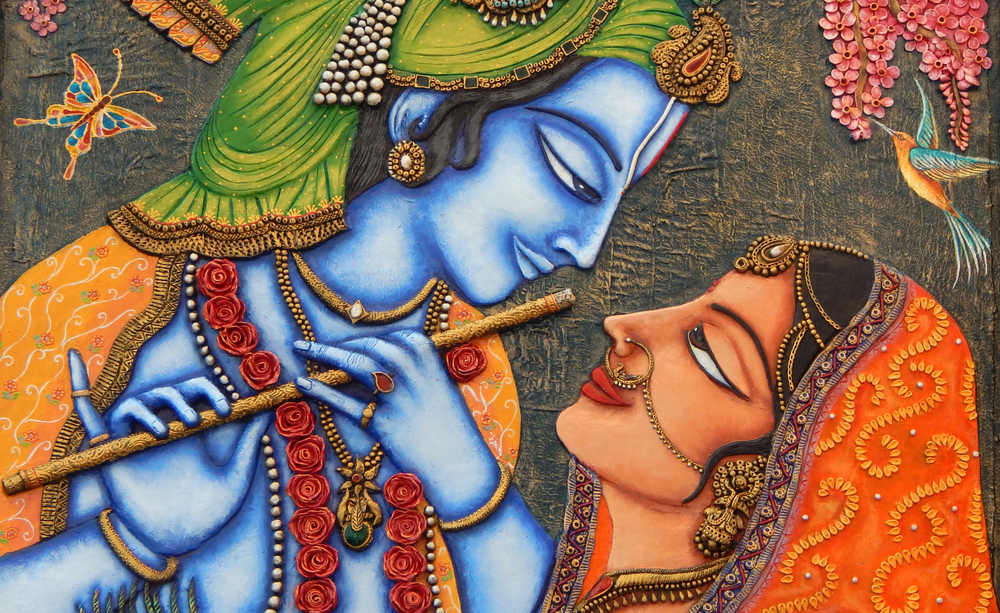 Textual and archaeological evidence demonstrates that exchanges between China and India date back at least 2,000 years. The Mahabharata, an Indian epic, mentions a number of things, including horses and soldiers which come from Cinas. The word “Cinas” also appears in another Indian epic the Ramayana. Cina is the name ancient Indians used when referring to China. It is conjectured that it is a transliteration of the “Qin” dynasty (221–206 BCE)  of China.

Buddhism originated in India and spread to China during the Western and Eastern Han periods (ca. late first century BCE to mid-first century CE). Legend has it that Emperor Ming (28–75) of the Eastern Han, after seeing the Buddha in his dream, sent an envoy to Tianzhu (India) to acquire Buddhist scriptures. Afterwards, Indian monks brought sutras and Buddhist images to China. In 68, Emperor Ming built a monastery in Luoyang to accommodate the Indian monks. It was named the White Horse Temple after the white horses that had carried the sutras to China. White Horse Temple was the first Buddhist temple in the country.

In more than 400 years from the Wei and the Jin dynasties to the Tang dynasty, Indian Buddhist culture had taken root in China with a large number of followers. During the Sui (581–618) and Tang (618–907) dynasties, many Chinese monks and scholars traveled to India in order to obtain Buddhist sutras. Among them was the famous Xuanzang (602–664) of the Tang dynasty. To settle endless disputes among Buddhist sects, Xuanzang set out on his westward journey in 629 and determined to bring back authentic Buddhist sutras. He made this journey despite the fact that it was forbidden by the government. He crossed hills, journeyed down through valleys, and trekked through more than twenty countries until he reached India. He visited many places in India, studied Buddhism, participated in many scholarly discussions, and was invited to lecture in neighboring countries. In 645, Xuanzang returned to Chang’an, the capital of the Tang dynasty, with 657 volumes of Buddhist sutras and a number of Buddhist images. Later he translated these sutras into Chinese.

From the tenth century on, Sino-Indian exchange was conducted mainly through maritime trade. In the early fifteenth century, Zheng He (1371–1433) and his colossal fleet made seven voyages to over thirty countries and regions in Southeast Asia and the Indian Ocean. Due to Zheng He’s visits, valuable gifts were exchanged between the Chinese and Indian governments and large-scale international trade was carried out. This promoted economic and cultural contacts between the two countries. Among the many goods shipped to India by Zheng He were satin, colored silk, mercury, musk, and straw matting.

Contacts between China and India gradually diminished in the late Ming dynasty (ca. seventeenth century). After the mid-Qing dynasty (the eighteenth century), the two countries resumed trading activities. Only this time the commodity was opium which was grown in India and smuggled by the British into China for exorbitant profit. After the Qing government prohibited the use of opium, Britain launched two wars (known as the Opium Wars) and forced the Qing government to legalize the opium trade; thereby pushing the Chinese people over a disastrous cliff. However, under British colonial rule, some far-sighted Indians supported China in the struggle against the vicious opium trade. At the age of twenty, the Indian poet Rabindranath Tagore (1861–1941) strongly condemned British colonists in his essay “Death Trade in China” by asking “Is it called trade to cram opium into the mouth of the Chinese with cannons? It is robbery.”

Faced with colonial rule and an aggressive war in the first half of the twentieth century, China and India sympathized with and helped one another. The Indian leader Mahatma Gandhi (1869–1948) once said to a Chinese reporter in Bombay, “May China understand that we are struggling for both the liberation of India and the defense of China.” He supported China in the War of Resistance Against Japan and advocated for the study of Chinese culture. With Gandhi’s help, the Institute of Chinese Language and Culture was established in the Visva-Bharati University of India in 1937.

India greatly influenced Chinese culture. This can be seen from the influence that Buddhist texts from India had on Chinese literature. Many Tang dynasty chuanqi (tales of the marvelous) were adopted from Buddhist tales, and many Indian stories are found in the story-telling scripts of the Song dynasty (960–1279) and dramas of the Yuan, Ming, and Qing dynasties (1271–1911). The introduction of sculpture, painting, and music from India considerably benefited Chinese artists. The concept of karma as well as the folk tradition of the Hungry Ghost Festival also came from India.