China tops the world with a national border of more than 22 thousand kilometers on land and 14 neighboring countries. So far, China has defined a clear boundary with 12 of its 14 neighbors and has largely settled the issue of delimitation to provide stability across the region, despite the unresolved situations with India and Bhutan. Once described “a window of turmoil,” China’s border situation remains secure and has played a critical role in promoting regional security and economic development -- a major achievement as a result of China’s diplomatic efforts.

China tops the world with a national border of more than 22 thousand kilometers on land and 14 neighboring countries. The People’s Republic of China in 1949 initially had 12 neighbors (the DPRK, Soviet Union, Mongolia, Afghanistan, Pakistan, India, Sikkim, Bhutan, Nepal, Myanmar, Laos and Vietnam). Following the integration of Sikkim with India and the collapse of the Soviet Union (and subsequent formation of Russia, Kazakhstan, Kyrgyzstan and Tajikistan), China became a neighboring state of 14 different countries. 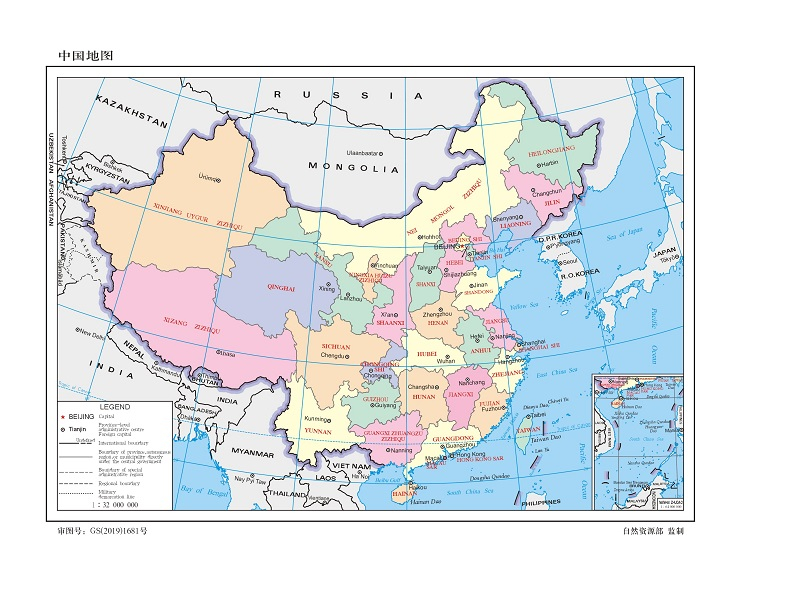 So far, China has defined a clear boundary with 12 of its 14 neighbors and has largely settled the issue of delimitation to provide stability across the region, despite the unresolved situations with India and Bhutan. Once described “a window of turmoil,” China’s border situation remains secure and has played a critical role in promoting regional security and economic development -- a major achievement as a result of China’s diplomatic efforts.

A Problem of Legacy

Over the course of more than 2,000 years between China’s first and last dynasties, most emperors had ruled under the concept of assuming “sole ownership of all land” and emphasized allegiance from sovereign territories much more than drawing up a divisional line. This is a reason that China has historically confined itself to a “custom” of vague boundaries.

The Treaty of Nerchinsk, signed in 1689, is China’s first border treaty. After the Opium War in the mid-19th century, encroachment by foreign powers exacerbated with a series of “unequal” treaties forced upon China as well as the colonization of Chinese dependencies by Britain, France and Japan. The form and shape of Chinese boundaries began to shift as China was made to cede land and redraw its borders.

With the Republic of China (ROC), formed in 1912, China became a modern nation-state; however, it was unable to resolve disputes along its border and was forced to accept inequatible terms in a series of treaties. After the Second World War, China’s boundary took a drastically different shape.

Upon its founding, the People’s Republic of China (PRC) ultimately inherited a complex set of historical problems over territorial disputes.

Territory is a key symbol and representation of sovereignty. As a modern nation-state, China sought to prevail in demarcation with its neighboring countries; but it was an enormously difficult task to accomplish.

Historically, China had never signed a comprehensive border treaty with any of its neighbors.

Secondly, despite some treaties in place, dividing lines remained unclear, and people often lived without recognizing a legal boundary.

Moreover, many “unequal” treaties were signed under pressure put upon China by colonialist countries (except Russia) which backed many of China’s former dependencies, causing a detriment to bilateral relationships with nations which became independent.

Additionally, among the 12 neighboring countries, varying ideology including socialism and capitalism -- along with different sets of history, culture, jurisprudence and diplomacy -- have made China’s border protection an undertaking of exceptional complexity.

A duet of milestones

In the early 1950s, without much experience and hampered with the Korean War, China adopted a strategy of “buying more time” in resolving the border issues. That is, by neither recognizing nor denying historical border agreements signed by the pre-1949 Chinese government of the Republic of China, and keeping the status quo in place.

In the confrontation between the United States and Soviet Union, China came under heavy U.S. sanctions. By the mid-1950s, in order to break the siege, China proposed the “Five Principles of Peaceful Coexistence” with its neighboring countries. Within a decade or so, China successively and successfully settled territorial issues with Myanmar, Nepal, Mongolia, Pakistan, Afghanistan and the Democratic People's Republic of Korea (DPRK) .

The China-Myanmar Border Agreement is the first treaty realized through peaceful negotiations under the government of the People’s Republic of China.

The negotiation was a challenge, however, because of Myanmar’s domestic issues. In the hope of achieving a breakthrough and opening talks with other neighboring countries, then-Chinese Premier Zhou Enlai traveled to Myanmar three times and appeared in traditional Burmese costumes as a gesture of goodwill. The “Agreement on the Question of the Boundary” and “China-Myanmar Border Treaty” were later signed in 1960.

The Sino-Burmese settlement became a model for China’s following negotiations with other countries including the Soviet Union (Russia), India, Bhutan, Vietnam, and Laos.

After the disintegration of the Soviet Union, China proceeded to settle with Kazakhstan, Tajikistan and Kyrgyzstan, as well as Laos and Vietnam on the issue of demarcation throughout the 1990s, marking a decade of highly effective diplomacy since the end of the Cold War.

On territorial disputes, China is characterized as a peaceful negotiator for a friendly settlement without resorting to force -- a guiding principle among the first generation of post-war Chinese leaders in resolving conflicts arising from the boundary. “We must establish borders with our neighbors in a peaceful way. We’ll keep trying until we succeed,” Chinese Premier Zhou Enlai once said.

For instance, border disputes only served to damage Sino-Vietnamese relations and cause China to launch a counterattack; and bilateral relations only deteriorated as a result of a military clash. Demarcation on land and in the Gulf of Tonkin between China and Vietnam was only possible upon improved relations through peaceful talks. The Sino-Soviet border dispute was ultimately resolved in a similar way.

The war between China and India over border disputes was arguably the result of India’s unilateral claims imposed on China without an intent for negotiation. When China responded with the use of force, it not only intensified the border situation but also impeded the future development of Sino-Indian relations. 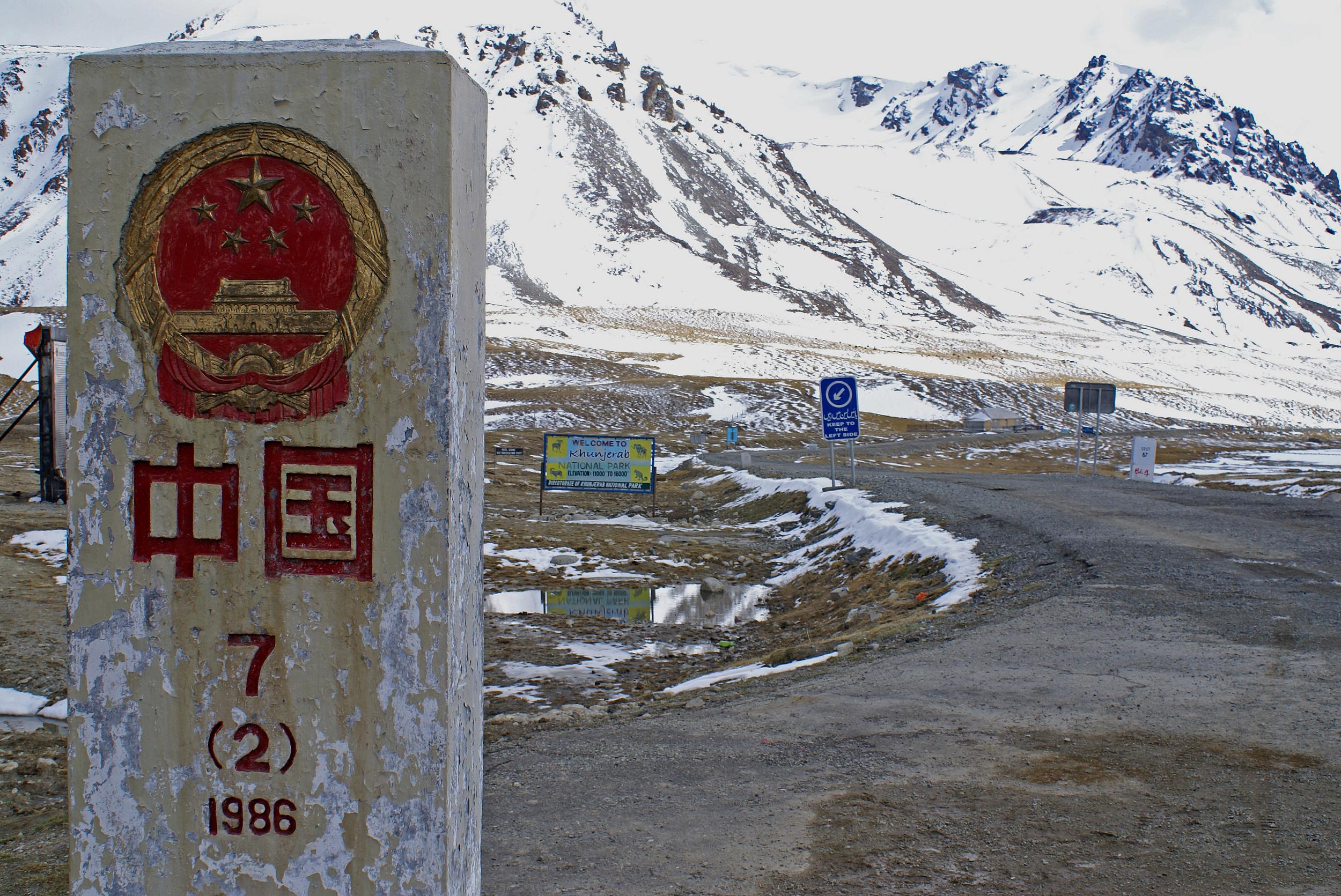 With the founding of a new government in 1949, China has taken a balanced approach to resolving border disputes by taking into account both the historical and present circumstances.

Despite China’s vast territory and its dependencies during the Yuan dynasty in the 13th century, Chinese Premier Zhou Enlai specified that a modern border should not be based on what China had possessed the distant past. Instead, for the purpose of achieving legitimacy, it should largely be based on a reference to territorial agreements signed with foreign powers in the early 20th century.

This has served as a basis for China in devising concrete policy measures in response to each specific border situation. While most of the previous border agreements were retained and honored in accordance with applicable international laws, one exception was the McMahon Line deemed illegal by the Chinese government. In the past, China’s policy in demarcation was defined by an actual line of territorial control while adopting the principle of “resisting expansionist countries and cooperating with non-expansionists.”

Chinese leaders have played an important role in the success of resolving territorial disputes over the years. Throughout the 1960s, Premier Zhou Enlai personally took the lead in the negotiation with his foreign counterparts to achieve a number of peaceful settlements over territorial disputes. After the Cold War, Chinese leadership continued to be an important part of the formula for success.China’s resolution to settling a problem of legacy over border disputes represents a new age of diplomacy. It is the result of constant engagement with neighboring countries over the past 70 years during which China has been a key player safeguarding the peace, stability and prosperity of the region.

A Glance of China’s Border Agreements 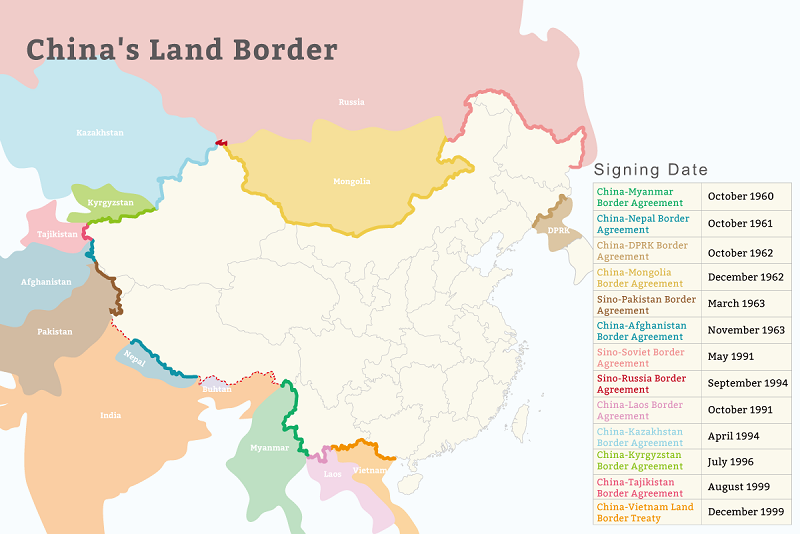 Forging a Nation - A Study of New China’s Border Disputes Upon the 60th Anniversary of its Founding (鼎定國疆——新中國成立60年中國邊界問題研究) by Nie Hongyi (聶宏毅), Law Press·China (法律出版社)