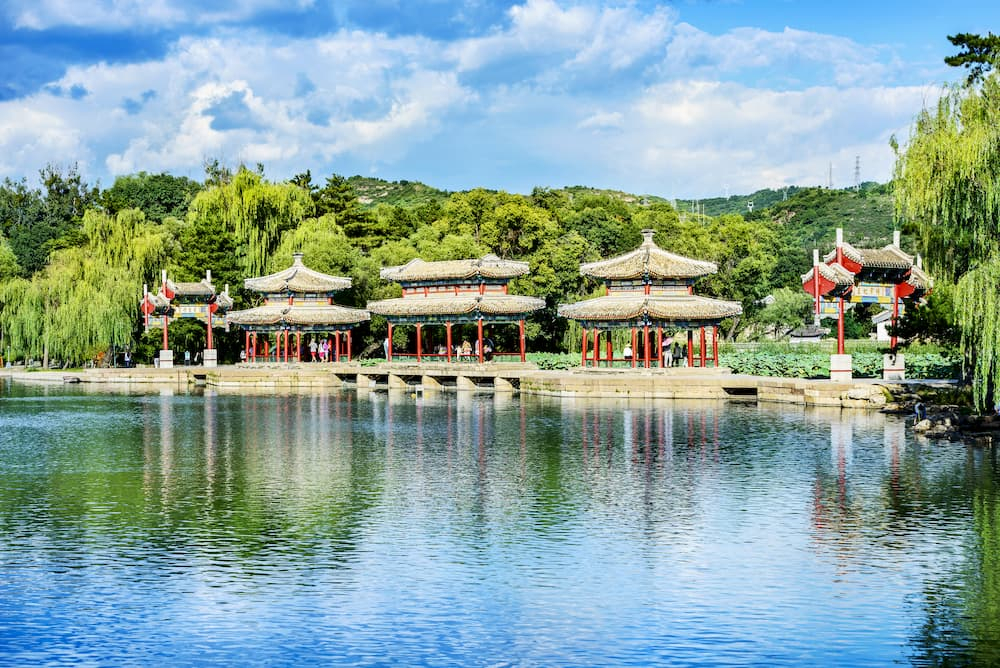 The Chengde Mountain Resort for Escaping the Summer Heat was originally named Imperial Temporary Palace at Rehe (hereafter, the resort). The Qing emperor Kangxi (r. 1662–1722) personally selected the site and supervised the construction of the palace. After the Qianlong (r. 1736–1795) emperor succeeded to the throne, he expanded the imperial garden in two phases, and formed the current complex covering 5.6 million square meters. The complex is divided into four areas: the palaces, the lakes, the mountains, and the plain. In 1994, the Chengde Mountain Resort with its outlying temples was inscribed by the United Nations Educational, Scientific and Cultural Organization on its World Heritage List.

Built in 1711, the palace area is located at the southern part of the resort. It faces the city proper in the south, connects the plain and lake areas in the northeast, and joins the mountainous area in the northwest. The views of the palaces are excellent, the terrain is flat, and each building has its own unique features. The palace area is composed of four groups of buildings: the main palace, the Songhe (pine and crane) Studio, the Eastern Palace, and the buildings known as Wanhe Songfeng (pine wind in ten-thousand valleys), where the emperors conducted court affairs, held ceremonies and celebrations. It was also a place where the emperors and empresses could relax.

The size, shape, and style of each of the four building complexes in the palace area were based on their functions. The buildings are carefully laid out in the quadrangle pattern typical of northern China; everything is symmetrically arranged along a clearly defined central axis. The main building is situated in the center, and auxiliary buildings are constructed on either side. The scale of the buildings is relatively small, and they are all built from dark grey bricks and gray-tiles. No colored-paint was applied to the buildings.

The lake area recalls the elegance of southern gardens, but has the vigor and forcefulness of northern style gardens. It seems as if the beautiful and pleasurable garden landscaping from Jiangnan (south of the Yangtze River) had been moved north of the Great Wall. The unique scenic style was even dubbed “a work of nature which surpasses Jiangnan [gardens].” Generally known as “frontier” lakes, the constructing and dredging of these lakes occurred in two phases: Lake Cheng, Lake Ruyi, Upper Lake, and Lower Lake were excavated during the Kangxi era; Jing Lake and Yin Lake were dug in the Qianlong period. Dykes, islands, and bridges were built to connect these lakes; the buildings constructed along them were designed according to the different terrains and surroundings. The exquisite scenery with ancient plants, flowers, and grass, as well as the mountain-encircled waters and islands resembles a water-bound garden view of a Jiangnan town.

From the north of Lake Cheng, and facing east at the foot of the western mountains, there is an extensive plain. This area is divided into three parts: the middle section is the Wanshu (ten-thousand trees) Garden; there are numerous old and rare trees, including elm (Ulmus), willow (Salix), and Chinese scholar (Sophora japonica) trees. Temples are situated in the northern section along with three groups of large buildings—the Chunhao (beautiful spring) Studio, the Yongyou (eternal blessing) Monastery, and the Chengyan (Cheng inkstone) Study. This last building no longer exists; only the site on which it stood remains. The Chunhao Studio and Yongyou Monastery have been renovated in recent years. The western part of the plain is Shimadai, where the lush grass looks almost carpet like. Furthermore, there is another area featuring the Wenjin (Literary ford) Pavilion which is surrounded by groups of large buildings.

In the western and northern parts there are range upon range of scenic mountains and a maze of ravines, which account for four-fifths of the site. It consists mainly of four natural gorges. From south to north, they are the Zhenzi (hazel) Gorge, the Songlin (pine forest) Gorge, the Lishu (pear tree) Gorge, and the Songyun (pine cloud) Gorge. At the foot of the mountains, there are more than fifty groups of different pavilions, verandas, studios, convents, Taoist temples, and Buddhist monasteries lining both sides of the four gorges. 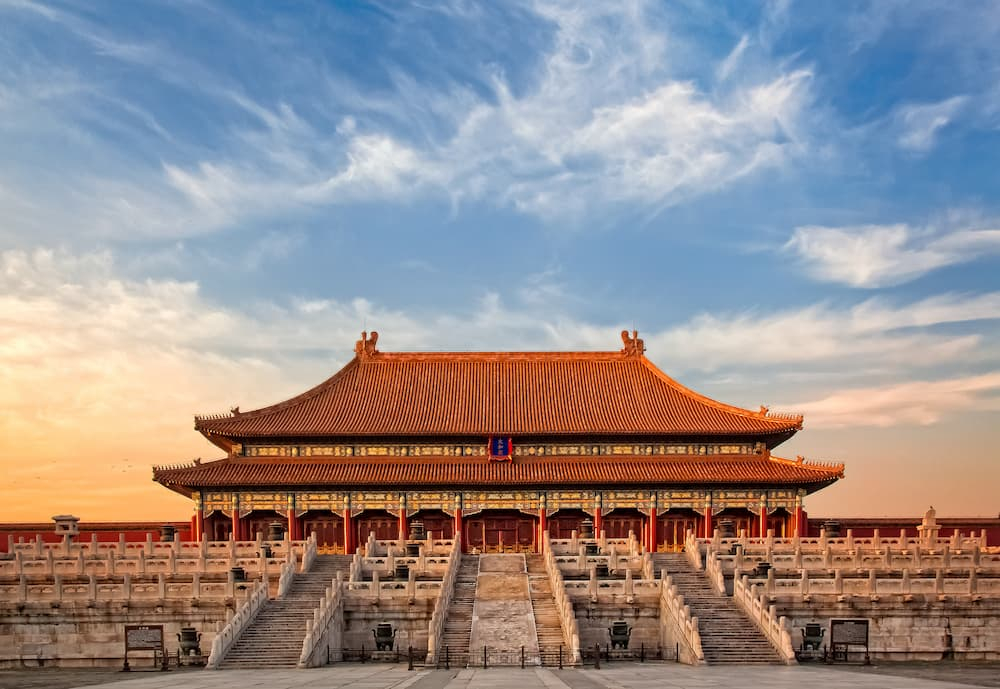