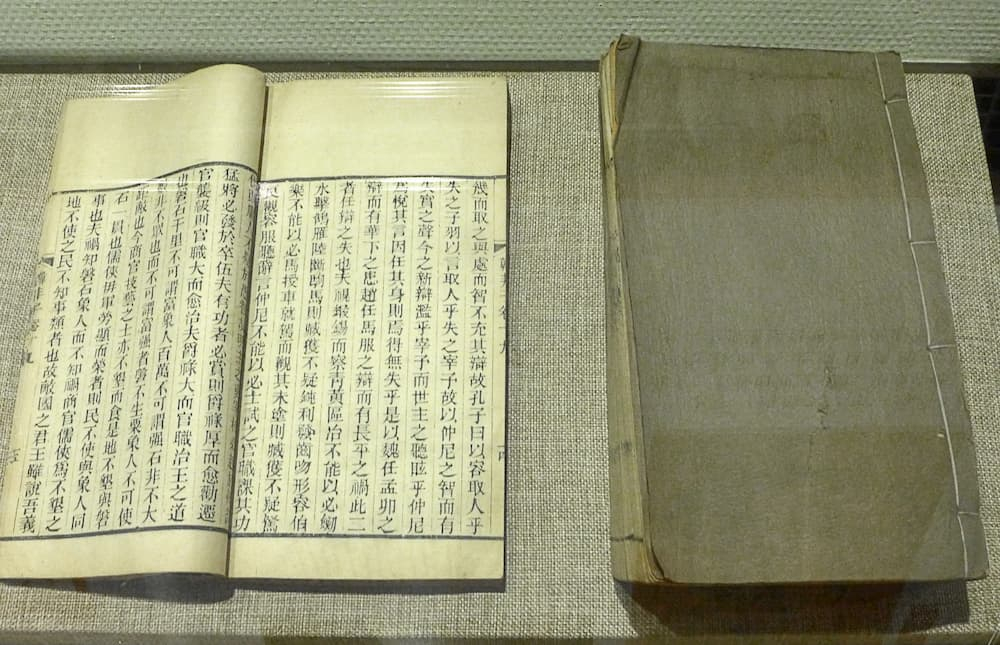 The Legalist school was one of many philosophical schools that flourished during the Warring States period (475–221 BCE) when states were seeking new systems and ideas for effective governance. During this period, rival states contended for supremacy and the society could no longer be governed by the ancient ways. The Legalist school was the leading advocate for government by the “rule of law” to which society must comply without exception. Legalist teachings attracted many followers and was as well-known as the competing Confucian and Mohist schools of thought. Representative promoters of legalist teachings include Li Kui (455–395 BCE), Wu Qi (440–381 BCE), Shen Dao (350–275 BCE), Shang Yang (ca. 390–338 BCE), and Han Fei.

It was during the Spring and Autumn period (770–476 BCE) that Zichan (d. 522 BCE) and Guan Zhong (ca. 720–645 BCE) established the philosophical foundation for the Legalist ideology. By the early Warring States period, adherents for a Legalist state such as Li Kui, Wu Qi, Shen Buhai (ca. 400–337 BCE), Shang Yang, and Shen Dao emerged in quick succession. These reformers proposed abandoning the hereditary ownership of slaves, encouraging and providing incentives for agriculture and the military sector, and strengthening the absolute authority of the ruler. Han Fei absorbed these ideas of pre-Qin Legalist thinkers and advanced them further by connecting the concept of “rule by law” to the laws of the natural world. To strengthen autocratic government, he created a set of guidelines for society to follow, which fall into the three categories: law (unified state codes, decrees, and policies issued by a central authority like the ruler that must be obeyed by all subjects without exception), methods (statecraft or administrative techniques devised by superiors to control subordinates), and power (leverage to extract complete obedience to centralized authority). Han Fei’s thoughts on centralized rule were put into practice when the Qin dynasty (221–206 BCE) unified China under Qin Shihuang (First Emperor of Qin, 259–210 BCE). Rule by an autocratic emperor and a centralized bureaucracy has been the model for government in China until modern times.

Han Fei (ca. 280–233 BCE) lived near the end of the Warring State period. Later generations added the honorary suffix zi (master) to his name, so he is also known as “Han Feizi” (Master Han Fei). Of the many political philosophers who contributed to Legalist ideology, Han Feizi is the most famous and most influential.

West of the Han state where Han Fei lived was the powerful state of Qin. To its east was the state of Zhao, and to the north were the states of Zhao and Wei, and to its south was the state of Chu. Trying to survive amongst these formidable foes, Han was the weakest of the seven powerful states. Han Fei advocated reform measures in the state of Han, but the petitions that he often presented to the Han court were not accepted. Only when the Qin armies advanced on Han’s borders was Han Fei able to present his views personally to King An of Han, who sent him to Qin, where he strongly advised the king of Qin not to attack Han. When Han Fei arrived in Qin, Han Fei’s fellow student under Xun Kuang, Li Si, served as prime minister. Li Si was jealous of Han Fei, and he devised a scheme to have him poisoned.

By systematically synthesizing Legalist thinking with other schools of pre-Qin thought, Han Fei was able to develop a workable political ideology for effective governance. He carefully sorted out the thoughts and methodologies of Legalists like Zichan, Guan Zhong, Shang Yang, Wu Qi, Shen Dao, Shen Buhai, and Li Kui, compared them with existing concepts of law, methods, and power, and made Legalist thought more profound. Moreover, he incorporated many ideas from various pre-Qin philosophical schools, thus expanding the perspective of Legalist thought. When he put Legalist thought against Ruist thought, he recognized the necessity of rule by law; when he compared Legalism to Mohism, he saw the pragmatism of Legalist ideology. He also incorporated ideas from the Logicians, and elucidated the relationship between names and realities, thus strengthening the authority of law. By comparing the various schools of thought, he raised the theoretical dimensions of Legalist thought. Han Fei also incorporated the idea from Daoism that Dao (the Way) is the basic substance of things, and Shang Yang’s historical and philosophical thought about governing by law. Han Fei constructed the theoretical system for Legalist rule which became a guiding ideology and a direct impetus for Qin Shihuang to unify China. The limitations of Han Fei’s theories were quickly exposed. The Legalist emphasis on the absolute power of the emperor and “rule by law” without exception overlooked natural law and the inherent rights and value of the people, leading to despotism and tyranny. After defeating six rival states and unifying China, Qin Shihuang fully implemented Legalist ideas. Despotism aggravated by class conflicts quickly ensued, and the Qin rule ended after only two short reigns.

Apart from its contribution to ancient thought, Han Fei’s writings contain historical materials of unique value and fables that are profoundly rich in original arguments. Fables gathered by Han Fei have circulated widely for more than two thousand years and include: “Shou zhu dai tu” (Sitting by a stump waiting for a hare), “Zengzi shazhu” (Master Zeng slaughters the pig), “Zheng ren mai lü” (A man from Zheng buys shoes), “Zi xiang maodun” (Being self-contradictory), and “Lan yu chongshu” (Pretending to be a player in the ensemble).

At the beginning of the Han dynasty (206 BCE–220 CE), the Huang-Lao (Yellow Emperor and Laozi) thought had already been partially influenced by pre-Qin Legalist thought. After the scholar Dong Zhongshu (179–104 BCE) promoted Ruxue (Ruist learning) to the Han emperor as the best philosophical ideology for effective governance, Confucianism has dominated the Chinese political world until the modern era. However, Confucian thinking on government also adopted many ideas and systems from Legalism. The political philosophy of Legalism has existed as a sub current in China for more than two thousand years, shaping China’s unique political culture and even influencing the formation of contemporary Chinese society and government. By studying and learning the essence of Legalist thought, and integrating its spirit of “rule by law,” fairness, and justice, we can construct a culture of socialist “rule by law” and establish a form of “rule by law” culture and social life.