Bingjia (military specialists) refers to the academic school of the pre-Qin (times before 221 BCE) masters that mainly studied military theories, tactics of using troops, and war strategies. The representative figures include Sun Wu, Wu Qi, and others, whose main texts were Sunzi bingfa (Sunzi’s Art of War), Wuzi (Master Wu), and others. Military specialists were an important group of experts among the masters and thinkers of the Spring and Autumn period (770–476 BCE). Being well versed in the thought of other schools, it formed an integral ideological system. In the succeeding dynasties the ideas of the military specialists not only directly affected military activities, but also had immeasurable influence in other fields.

Sun Wu (545–470 BCE), courtesy name Zhangqing, from Qi during the Spring and Autumn period, assisted the king of Wu in achieving dominance. Later people gave him the honorific titles Sunzi (Master Sun) and Bingsheng (Martial Sage). Sun Wu came from the Tian family, known for their illustrious military exploits, and which produced military theorists and generals. From a young age he accepted the principle of teaching by precept and example, and broadly studied military strategy. In approximately 517 BCE, Sun Wu went south to the state of Wu and became acquainted with Wu Zixu (d. 484 BCE), who had taken refuge there. They became bosom friends. Having defeated by Goujian (King of Yue, 496–465 BCE), Helü (King of Wu) died in a fit of rage in 496 BCE. Sun Wu and Wu Zixu helped Helü’s son, Fuchai, to rule the state and train soldiers. They helped him to defeat Goujian, and thus exact vengeance for Helü. According to tradition, at a late age Sun Wu, based on his military experience, wrote Sunzi bingfa. There are thirteen chapters in this military treatise, which discuss initial estimations (the importance of war, determining the conditions of battle, and the methods of decision making), waging war (ideas of quickly executed battles), attack strategies (the use of tactics to achieve complete victory), military disposition (the situation of weaponry), strategic military power (using effective command to create favorable conditions), weaknesses and strengths (avoid strengths, attack weaknesses, take advantage of the enemy to ensure victory), military combat (strive for beneficial conditions to ensure victory before the enemy does so), nine changes (the principle of accomodating to circumstances),  maneuvering the army (the necessity of maneuvers in waging warfare), terrain (theory of military terrain), nine terrains (theory of military geography), attacking with fire, and espionage (the use of spies). The first four chapters discuss fighting strategies, and the last nine chapters discuss fighting skills. Running through the entire book is the construction of an army. Sunzi bingfa was the earliest military theory book in the world, and its production marks the maturation of the military school thought and the formation of ancient military thought.

Wu Qi (440–381 BCE), whom is commonly referred to as Wuzi (Master Wu), was a famous statesman and military strategist in the Warring States period (475–221 BCE). People refer to him and Sun Wu jointly as “Sun and Wu.” Wu Qi created the first professional army in China, and was the only famous general in Chinese history who never lost a battle. During his lifetime, he served the three states of Lu, Wei, and Chu, and was highly successful in both internal and military affairs. While he served in Lu he repelled an invasion from Qi; while serving Wei he defeated Qin several times and obtained all of the territory of Hexi; while serving Chu he presided over the reform known in Chinese history as the “Wu Qi reform.” Wu Qi’s military ideas were put into order in a book titled Wuzi. Beginning in the Warring States period warfare took on a new character, and the modes of war and ways of combat also changed. Thus, Wuzi, was not only a continuation and summary of military ideas from predecessors, but also included Wu Qi’s reflections on warfare and his conclusions derived from his experience. The extant version of Wuzi has a total of six chapters. “Planning for the States” is a general discussion of ideas on governing the state and commanding the army. “Assessing the Enemy” emphasizes analyzing and determining the cirumstances of the enemy, and adopting various battle tactics based on this information. “Controlling the Army” expounds on a strict ideology for managing soldiers and the methods of training and using war-horses. “Discussion of Generals” expounds on the standards and duties of a general and also the method of observing the enemy generals. “Adapting to Changes” expounds on the strategies and tactics when confronted by the enemy. ”Motivating Officers” advocates rewarding generals and officers who performed meritorious service and encouraging those without achievement to fight bravely. Wuzi and Sunzi are jointly called Sun-Wu bingfa (The Art of War of Sunzi and Wuzi). This work occupies an important place among ancient Chinese military texts. In the Song (960–1279), Ming (1368–1644), and Qing (1644–1911) periods, it was listed as a text that must be studied for successful military candidates in the imperial provincial exam. Annotators to the text are legion, and their works have been widely disseminated.

The ideas of the military specialists had a deep and long-lasting influence on Chinese historical culture. Successive generations of military leaders were all familiar with the ancient texts of the military specialists. Great men such as Han Xin (d. 196 BCE), Cao Cao (155–220), Li Jing (571–649), Qi Jiguang (1528–1588), Mao Zedong (1893–1976) and others relied on their creative use of them to undertake great exploits. Today, the military methods of Sun and Wu are not only used for their military aspects, but the basic principles are also widely absorbed and applied in government, diplomacy, management, operations, conducting oneself in society, and other aspects. The strategic wisdom of the military specialists influences our lives in brand new ways. 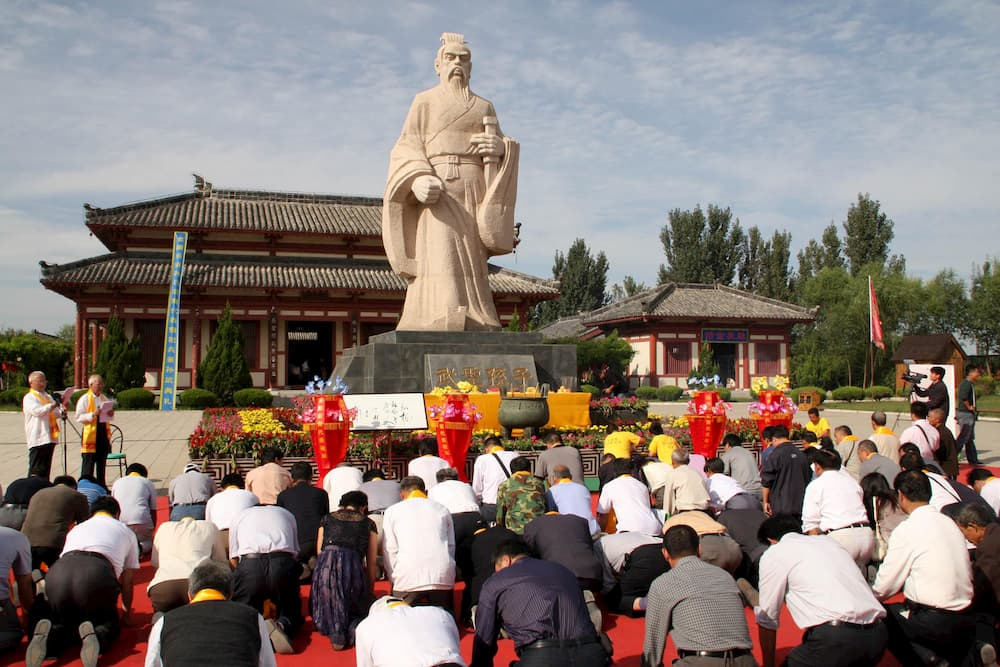