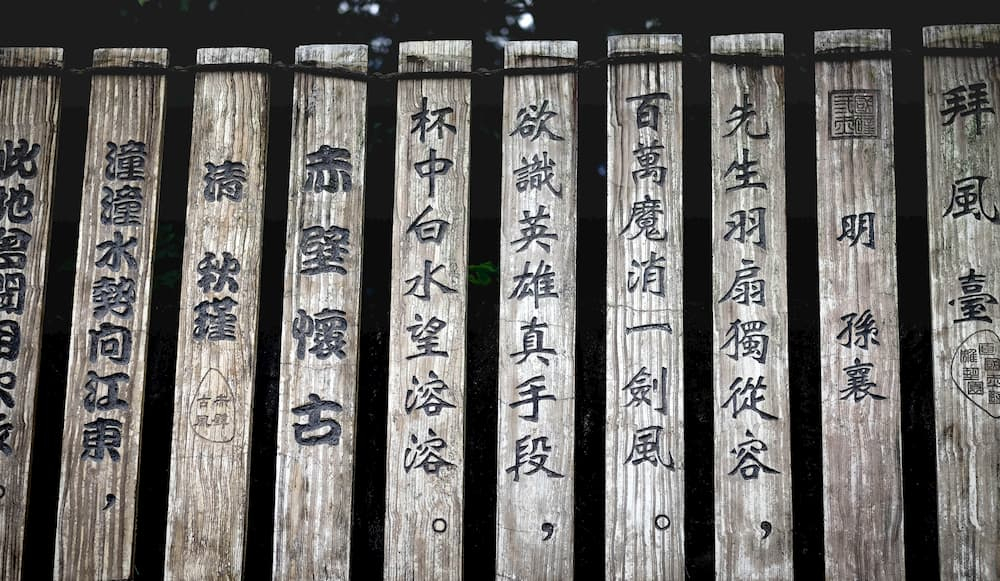 Chinese characters originated from a writing system of extraordinary vitality. Beginning thousands of years ago, humans used writing to record their own history of glory and suffering, joy and tears, understanding and confusion as well as various discoveries and perplexities. Chinese characters tap a rich cultural vein; therefore, it is not surprising that anecdotes associated with them have circulated from one generation to the next.

The former four structures refer to the creation of characters, and the latter two designate the use of characters.

The structure of modern Chinese characters is arranged in a systematic way. According to experts on Chinese script , a Chinese character can be separated into several different components, which can be further separated into strokes. Strokes, components, and the entire character are the three steps to composing a character. For example, the stroke yi 一 (one) is a component of mu 木 (wood). The so called “one” stroke or one line refers to the dot or line used when writing a character. It is the smallest component of a character. Calligraphers, long ago, settled on the eight basic strokes: ce (側, a slanting dot); le (勒, a horizontal stroke); nu (努, a vertical stroke); ti (趯, a hook); ce, different from the above word with the same spelling, (策, a slight upward tick); lüe (掠, a left-falling stroke); zhuo (啄, a left-downward and short flick ); zhe (磔, a right-falling stroke). The eight basic strokes can be found in the single word yong 永. Almost all written symbols, regardless of origin, have a certain sequence they follow as well as certain directions for the various strokes. When writing a Chinese character, there are two aspects to consider with regard to strokes: the first refers to the direction of the stokes; some experts on the script use the term “writing gesture” to indicate such strokes as the horizontal stroke “一” which is written from left to right or the vertical stroke “丨” which is written from top to bottom. The other aspect is the order of the strokes; some script specialist call this “stroke sequence.” The order of strokes refers to the combination of “writing gestures” and “stroke sequence.” In short, a character is written left to right, top to bottom. Bushou, or radical, is a term used in Chinese philology to refer to a set of graphical components analyzed and classified from numerous Chinese characters, and which are listed as the first component of a Chinese character. Dictionaries and lexicons of Chinese characters are arranged by radicals. Characters such as jiang 江 (the Yangtze River), he 河 (the Yellow River), hu 湖 (lake), liu 流 (stream), hai 海 (ocean or sea) all share the same graphical component 氵 (three dots, signifying “water”), thus these characters are all listed under the “water” radical. Characters such as huo 貨 (goods), xian賢 (worthy), zhang 賬 (bill or account book), pin 貧 (poor), and dai 貸 (lend good s or cash) all share the same graphical component “貝” (cowry, a type of shell used as money in antiquity)—thus they are listed under the same radical貝. Pianpang, or side-radical, is a structural unit that is somewhere between a graphical component and an entire character. When analyzing traditional characters, the graphical component on the left is generally called pian, and the one on the right pang. Later, all structural parts, be they on the upper or lower, on the left or right, are called pianpang.