Homepage / The Splendid Chinese Culture / People and their lives / Islam 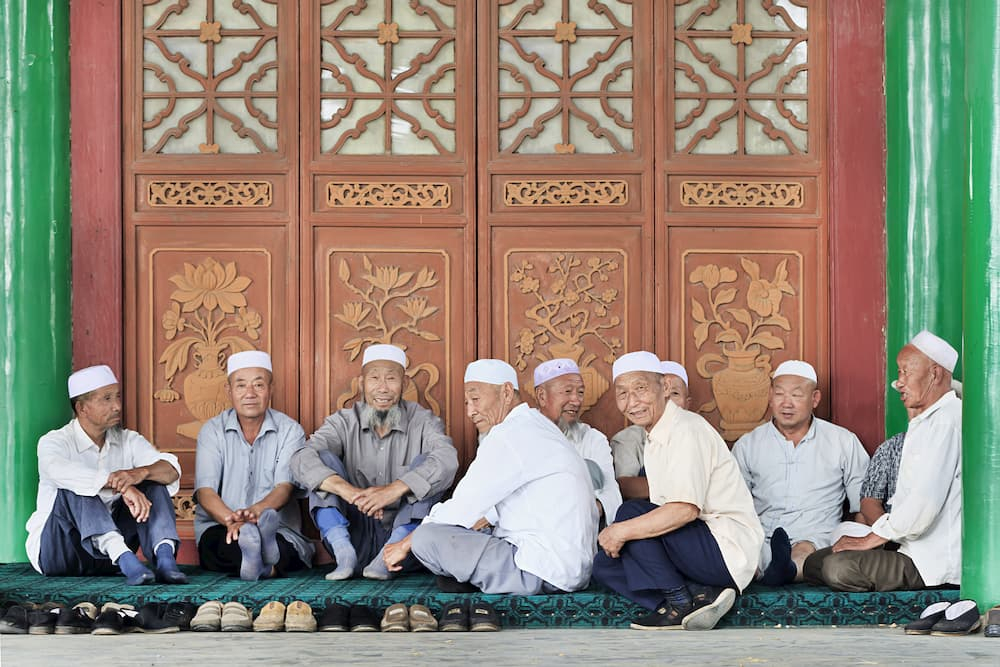 Islam is one of the three major monotheistic religions and has the largest number of believers. With over seventeen billion believers and growing, it is believed to have the fastest development of any religion.

In 610, Muhammad claimed that he had received a religious revelation, and was commanded to spread the belief that there was only one god—Allah—and that His religion is Islam. In 622, Muhammad, accompanied by believers, migrated to Medina, where he subsequently established a religious community. In 630, Muhammad took the city of Mecca by force and occupied it; the Meccans converted to Islam. It was also in this same year that major Arab tribes sent representatives to meet with Muhammad. In those meetings, they recognized his political and religious authority.

When the events mentioned above were happening on the Arabian Peninsula, in China, it was the Sui dynasty (581–618). Later, the outward expansion of Islam from the Arabian Peninsula occurred during the early Tang dynasty (early seventh century). Historical records of this period referred to Arabs as “Dashi” (a transliteration of “Tazi” or “Taziks”). The early Muslim settlers in China were the ancestors of the modern-day Hui people.

The earliest Muslim settlement took place during the eras of Emperor Suzong (r. 756–762) and Emperor Daizong (r. 762–779) of the Tang dynasty (618–907). Strictly speaking, Muslims of the Tang and Song (960–1279) dynasties were immigrants from Arab and Central Asian Islamic countries. They included soldiers, merchants, and envoys. Muslims who went to China via the land route, passing through the Gansu Corridor to the capital, settled down in Chang’an, Kaifeng, and cities and towns in Sichuan and Yunnan. Muslims who entered China via the sea route settled down mostly in coastal cities, including Guangzhou, Yangzhou, and Quanzhou. Most of them engaged in business activities, and few became officials.

During the Yuan dynasty (1271–1368), Islam spread further; Muslims could now be found everywhere in the country. The Muslim population was different from that of the Tang and Song dynasties. Most of them belonged to the ruling class, and their social status was higher than that of the Han people and Southerners. From an economic perspective, most Muslims were wealthy merchants. In addition to being officials and merchants, quite a few were also farmers and artisans.

During the Ming (1368–1644) and Qing (1644–1911) dynasties, the most significant characteristic of Muslim communities was the tendency toward cohesion; this gradually completed the process of localization. “Hui Hui,” as the Muslims were called in China, had lived together over a long stretch of time and had developed and formed an ethnic entity and maintained the same social customs and religious tradition that had been in use during the Ming dynasty. The Hui Hui were also called the Hui people, and their religion, the “Hui Hui” or “Hui religion.” This was a milestone in the development of Islam in China. The mosques built during the Ming dynasty include the Huajue Alley Mosque in Xi’an, the Dongsi Mosque and the Huashi Mosque in Beijing.

Islam spread and developed in China for more than thirteen hundred years, and the Muslim population is now more than twenty million. Most are found within ethnic groups such as the Hui, Uygurs, and Kazakhs. Since Islam was introduced to China, Muslims have adopted the policy of “Attaching Islam to Ruism.” In other words, promoting Islam in China by following the direction of and adapting to Chinese society and culture. Thus, a branch of Islam with Chinese cultural characteristics was created; it promoted the spread of the religion, cultural integration, as well as the formation of integrated ethnic and religious communities.