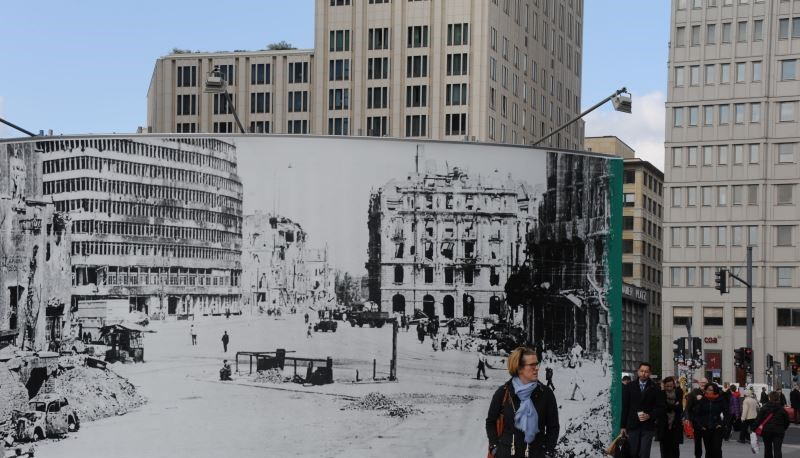 China is situated in eastern Asian, and Germany in central Europe. Their geographical locations are far apart. Direct contact between China and Germany began rather late. It was not until the early seventeenth century that German missionaries began coming to the country in any number. Johann Adam Schall von Bell (1591–1666), was representative of the type of German missionaries coming to China. He brought with him advanced knowledge of natural sciences and, in return, introduced Europe to China’s long history of culture and art. Chinese philosophy and literature became hot topics among German intellectuals; other topic such as Chinese culture, customs, and architecture also made a mark on Germany.

It was not until the 1860s that official exchanges between the countries began. In 1861 both sides formally signed their first joint treaty. Eager to become stronger, China actively studied German military technology; this knowledge resulted in the improvement of the Chinese economy. On the other hand, being eager to expand its colonies, Germany forcibly leased Jiaozhou Bay in Qingdao in order to establish its colonial concession in China.

In the first half of the twentieth century, cultural exchanges between China and Germany expanded as Germany’s commercial power in China increased significantly. The German military system was also valued and studied by the Chinese and a considerable number of Chinese scholars traveled to Germany for further study. After the Second World War, when Nazi Germany had been defeated, and a new regime was established, the cultural exchanges entered a new stage.

China has rich treasures in philosophical thought, literature, and art, which once set off a craze for Chinese culture in Germany. The theories and ideas of ancient Chinese thinkers were widely disseminated among the intelligentsia of Germany. German philosophers such as Gottfried Wilhelm Leibniz (1646–1716) Christian Wolff (1679–1754), Immanuel Kant (1724–1804), and George Wilhelm Friedrich Hegel (1770–1831) studied Confucius’s philosophy in depth. Johann Wolfgang von Goethe (1749–1832), a renowned writer, greatly appreciated the philosophy of Confucius. Laozi’s philosophical concept of “Heaven and Man are One,” his principle of doing things the way the “Dao (Way) emulates nature,” and his model for behavior, “Governing by means of inaction” were strongly endorsed by the Germans, especially by the young people in the late nineteenth to the early twentieth centuries. The Daode jing (Classic of the Way and Virtue) became the bridge for communicating between the East and the West.

Chinese literature and art were also loved by the Germans. Early on, in the eighteenth century, during the era of Goethe, Chinese literary works, translated by missionaries circulated in Germany. At the end of the nineteenth century and the beginning of the twentieth, Chinese culture ignited a new mass fervor in Germany. A large number of ancient Chinese novels, poems, and other classics were translated into German and became inspirational for many German writers.

Beginning in the late seventeenth and early eighteenth centuries, Chinese porcelain, lacquerware, painted silk fabric, and wallpaper were widely sought after by Europeans. A fad for “all things” Chinese also saw the introduction of Chinese-style gardens, decoration, and architecture to Germany. Chinese culture had a conspicuous influence on the modern history of the country.

German culture has always occupied an important and special position in the “Western learning” in China. The spread of German culture in China is outstanding in three aspects: 1. German philosophy—great philosophers such as Immanuel Kant, George Wilhelm Friedrich Hegel, and Friedrich Nietzsche (1844–1900) gradually drew appreciation from Chinese scholars who studied their works more and more in depth; 2. German political thought—on one hand, the New German school influenced the nationalist government, while on the other hand, Marxism, influenced Chinese communism and took root on the mainland; 3. German literature and art—the writings of such eminent authors as Goethe and Schiller (1759–1805) were translated and introduced to China where they were loved and made familiar to the vast number of Chinese readers.