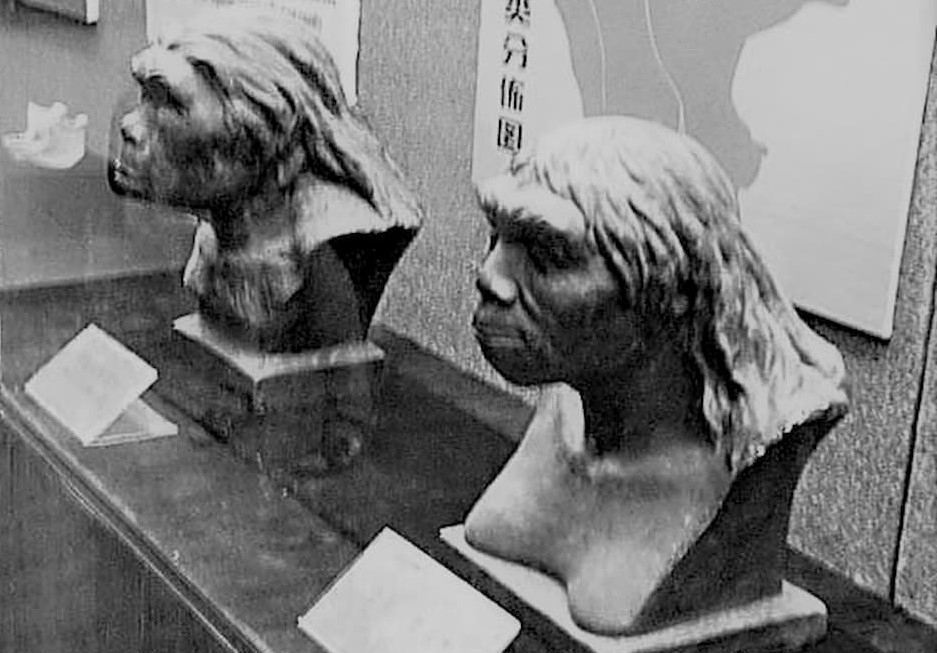 Archaeologists divide the prehistoric period chronologically into the Paleolithic, the Neolithic, and the early Bronze ages. Lacking historical records, archaeologists explore ancient human life through the study of geology, human and animal remains, and artifacts at prehistoric sites.

Among the more than 200 Paleolithic sites unearthed throughout China, the earliest dates back 1.8 million years. The most famous is the site of “Peking Man,” who lived between 500,000 and 200,000 years ago. In 1921, a group of Austrian and Chinese scholars discovered a fossilized tooth at Dragon Bone Hill in Zhoukoudian, a western suburb of Beijing. In 1929, Pei Wenzhong (1904–1982) supervised the excavation of the first complete skull of Peking Man, followed by three more skulls found in 1936 by Jia Lanpo (1908–2001), the “father of Peking Man.” Unfortunately, all of these valuable fossils were lost during the Pacific War. There is wide interest in their whereabouts because of their great archaeological importance. Despite various efforts made after World War II, the whereabouts of these skulls remain an unsolved mystery. What we see in museums today are reconstructions of the lost skull fossils.

China’s Neolithic period dates back to 6000 BCE and is characterized by the emergence of polished stone artifacts, ceramics, and textiles. By this time, human society had entered the agricultural era. The 20,000 square meters Peiligang site typifies the numerous Neolithic sites discovered in the Yellow River and Yangtze River basins and along the southeast coast. This historical site, where inhabitants relied primarily on agriculture but also practiced hunting and fishing, was populated around 5500 to 4900 BCE.

Following the Neolithic, human society entered the Bronze Age. The production of bronze ware greatly increased so that by the middle of the period, complete sets of sacrificial vessels appeared. During the apogee of the Late Bronze Age, sacrificial vessels, weapons, tools, and chariot fittings were produced in abundance.

Archaeologists know the Xia, Shang, and Zhou dynasties collectively as the Bronze Age. Representative sites of the Middle Bronze Age are Sanxingdui in Sichuan province and the later Yin Ruins at Anyang, Henan province. The Shang ruler Pan Geng (nd) moved the capital to Anyang in the fourteenth century BCE. The excavation of the Yin Ruins in the late nineteenth century CE uncovered 24,794 oracle bones incised with a variety of characters. These writings are referred to as oracle bone inscriptions and have given rise to a specialized branch of study. Further excavations uncovered a series of tombs containing more oracle bones, bronze ware, ceramics, jades, stone implements, weapons and more. The Simuwu ding cauldron unearthed at the site is a national treasure now preserved in the National Museum of China.