Formation of the Chinese Nation

Formation of the Chinese Nation 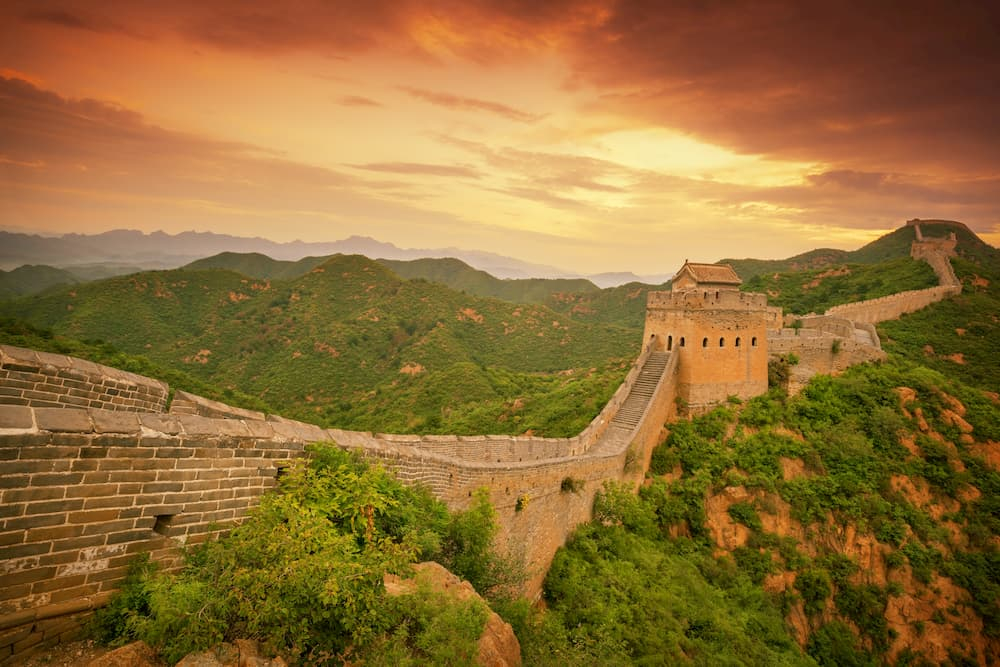 China is a unified multi-ethnic nation, a nation of all the ethnic groups, past and present, found within the territory of China. The Chinese nation has a history going back thousands of years, and during that time the ethnic groups in the Central Plain and along the borders existed side-by-side, generation after generation: they lived together, merged, separated, re-grouped, separated again, and re-grouped again. This has made the Chinese nation an ethnic mixture­­—no ethnic group stands along, each contains the other groups. China is a close-knit nation that cannot be separated.

Before the invention of written language, the ancestors of each ethnic group orally transmitted their forebears’ stories about their hard journey to civilization. The “Three Sovereigns” and the “Five Emperors” were the main thread of ancient legends, reflecting the historical path by which a primitive society developed from a clan system to tribal gathering, then to alliances between tribes, and eventually developed into a nation. Subsequently, through the development of the Xia (ca. 2100–ca. 1600 BCE), Shang (ca. 1600–ca. 1100 BCE), and Zhou (ca. 1100–256 BCE) dynasties, the Chinese cultural model gradually took shape. This cultural model is known in history as the “Hua-Xia nation.”

During the Zhou dynasty, the family name and blood lines of the ruler were highly valued. The term “Hua-Xia” includes the previous vassal states enfeoffed in the early Zhou period, the Ji-clan vassal states of the Zhou imperial family, and the fiefdoms bestowed to those who rendered outstanding services during the establishment of the Zhou dynasty. There were other rulers, with different family names, who reigned over different nations. As vassal lords fought to set up their own regimes during the late Zhou, the imperial family began to decline. Four ethnic groups—Eastern Yi, Southern Man, Western Rong, and Northern Di—launched armed revolts one after another, and moved their forces toward the Central Plain. After more than five-hundred years, the Qin emerged from the dominant group among the Western Rong. The Qin state eventually defeated its six rival states and founded the Qin dynasty (221–206 BCE). Later, it was replaced by the Han dynasty (206 BCE–220 CE). The people living under the Qin and Han unified regimes were sometimes called the Hua people. This appellation included the ethnic groups previously known as the Man, Yi, Rong, and Di peoples.

After the Eastern Han (25–220) fell, nobles engaged in warfare amongst tangled alliances and regimes changed constantly. Five non-Han peoples—Xiongnu, Xianbei, Jie, Di, and Qiang—gradually moved to the Central Plain. After the Western Jin dynasty, these frontier peoples established their own regimes. From the Three Kingdoms (220–280), the Western Jin (265–316) and the Eastern Jin (317–420), the Northern and Southern Dynasties (420–589), to the Sui (581–618) and Tang (618–907) dynasties, more and more frontier peoples gathered in the Central Plain area. The scale of migration was unprecedented. These ethnic groups were collectively referred to as “Zhonghua,” a term that encompassed more than just the Han ethnic group and included a much larger number of people as well; it embraced all ethnic groups that lived inside China. The term was greatly promoted by the leaders who had established their regimes in the Central Plain. Following the trend of the times, state leaders inherited and continued to develop traditional Chinese culture. After about 360 years of fighting and integration, the Sui dynasty was established and eventually unified the realm.

It took more than three hundred years—from the Five Dynasties to the Yuan dynasty (1271–1368)—before ethnic groups were once again largely integrated under a unified China. The ruling class of the Yuan dynasty were Mongols and their territory was far larger than any previous dynasty—it extended to Lake Baikal in the north, to the Ussuri River in the northeast, south to the South China Sea, and southwest to Vietnam. The powerful and unprecedented unity of the Yuan dynasty established the territory of modern China, and laid the foundation for a unified multi-ethnic nation.

The Ming (1368–1644) and Qing (1644–1911) dynasties continued the Yuan dynasty’s unified realm, and went a step further as they consolidated and developed distinct ethnic communities. The basic framework for modern China was established during the Ming and Qing period. Improvements in the central court’s military management system and the reach of their jurisdiction to the border regions, further established and consolidated the common territory of the Chinese nation. Since the Opium War, the many ethnic groups in China have become an integral entity of the Chinese nation.