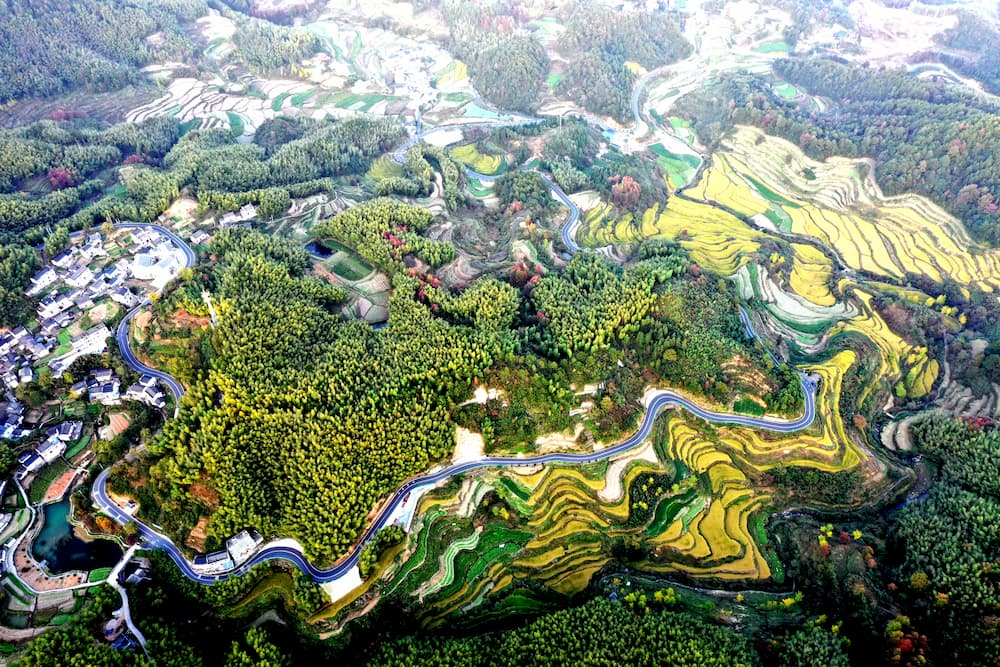 When one thinks of Huizhou, it is the cultural region and not modern Huangshan city that comes to mind. Huangshan is an administrative district that was carved out from the cultural Huizhou by administrative measures. The Huizhou people think of, however, covers the six counties of Shexian, Xiuning, Wuyuan, Jixi, Yixian, and Qimen.

It is said that remarkable places produce outstanding talents. If this is so, then Huizhou’s striking mountains (e.g., Huangshan and Baiyue) and rivers (e.g., Xin’an River) have produced a considerable number of exceptional gifted people. In the Ming dynasty (1368–1644), Huizhou produced 444 jinshi (scholars who passed the palace exam—the highest level in the imperial examinations); more than forty of them became court officials and were recorded in official history. Between 1217 and 1880, Xiuning county alone produced nineteen zhuangyuan (literally “number one scholar,” of the jinshi), the most produced by any one county in the country. Tens of thousands of scholars, scientists, herbalists, men of letters, calligraphers, painters, seal carvers, and other craftsmen were natives of Huizhou; the famous ones can be counted in the thousands, and the exceptionally outstanding ones can be counted in the hundreds. Here are several great men from Huizhou who enjoyed fine reputations in various fields: Zhu Xi (1130–1200), Wang Ji (1522–1566), Cheng Dawei (1533–1606), Hu Xueyan (1823–1885), Dai Zhen (1724–1777), Hu Shi (1891–1962), Tao Xingzhi (1891–1946), and Huang Binhong (1865–1955).

Huizhou culture is rich and expansive. It is important to approach it from both macro- and microscopic views. To view it only one way would be a great loss. One should try to understand its ins and outs, its form and spirit. Thus, one first of all should understand the origin and development of Huizhou culture, which can be divided into three stages: the Huizhou culture stage, the pre-Huizhou culture stage—namely Shan-Yue culture, which is the proto-Huizhou culture, and the Xin’an culture stage. These stages are a reflection of the developments in Chinese culture in general. It can be said that Ruism is at the core of Huizhou culture. Ruism is common to philosophy and art across China. That it is so much at the heart of Huizhou may explain why this area has played an important role in bringing together different schools of thought and art. It was there that Ruism, Buddhism, and Daoism were integrated, that Lixue (a.k.a. Neo-Confusianism) and Xinxue (literally “learning of the mind”) were blended, and that Han learning (learning of the Han Chinese) and Song learning (schools of thought of the Song period) were fused; the southern school and northern school of painting were integrated here as well as Chinese and Western thought and technology. Huizhou culture, which is constantly responding and incorporating new influences, has had a positive effect on all of Chinese culture.

The culture of Huizhou includes three dimensions—material, institutional, and spiritual. In terms of social, economic, scientific-technological, and scholarly aspects, as well as literary and artistic dimensions, the culture has a rich array of remarkable features. The humanistic spirit is what allows a person to establish his or her course in life. A person cultivated by Huizhou culture often possesses high moral qualities. According to the geographical features of Huizhou and the unique characteristics of its culture, the spiritual aspects can be divided into three types: visual, mutually independent, and mutually interconnected. A poetic way to describe them is to say they are: the camel spirit of Huizhou, the river spirit of Xin’an, and the cloud and mist spirit of Mount Huangshan. People from Huizhou do not seek publicity, nor do they show off, but modestly and steadfastly provide the spiritual water that nourishes all living things and creatures on earth. These are the characteristics of the cloud and mist spirit of Mount Huangshan. This spiritual water is absorbed from the trickling brooks slowly flowing out from the myriad mountains, and the remote rivers which run slowly along the sides of the mountain and through the wild stockade villages, before forming enormous rivers which converge into a vast expanse of ocean. This is called the river spirit of Xin’an. People from Huizhou are like camels, who willingly endure loneliness, scorn desolation, endure hunger and thirst, as they bear heavy loads, fearless of sand and wind while they stride proudly ahead in the vast desert, resolute and calm. This is the camel spirit of Huizhou. Such spirituality is expressed primarily in a person’s behavior. Huizhou people, whether talented or ordinary, all have this type of spirit residing in them in various degrees.

Traditionally, the expression “Hui learning ” referred to the Xin’an school of Lixue. It was also the abbreviation for “Academy of Huizhou.” However, the real meaning of “Hui learning” should be the new discipline which emerged in the 1980s that focused on the history and culture of Huizhou, from the Southern Song (1127–1279) to the end of the Qing dynasty (1644–1911). However, the timeline can be extended to the first mention of Huizhou down to the Republican Era (1912–1949). The term could also extend to other counties that had once belonged to Huizhou as well as the regions that were once heavily influenced by Huizhou people and their culture. 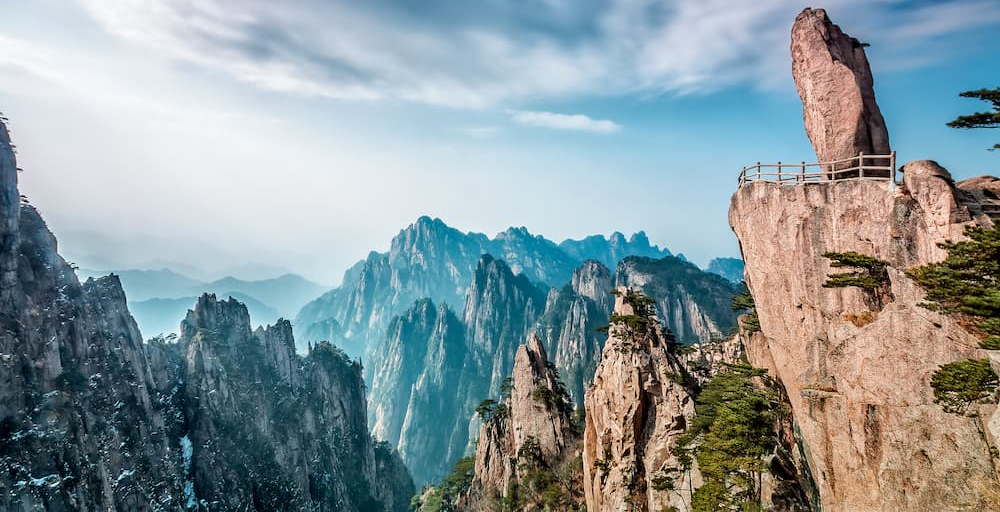