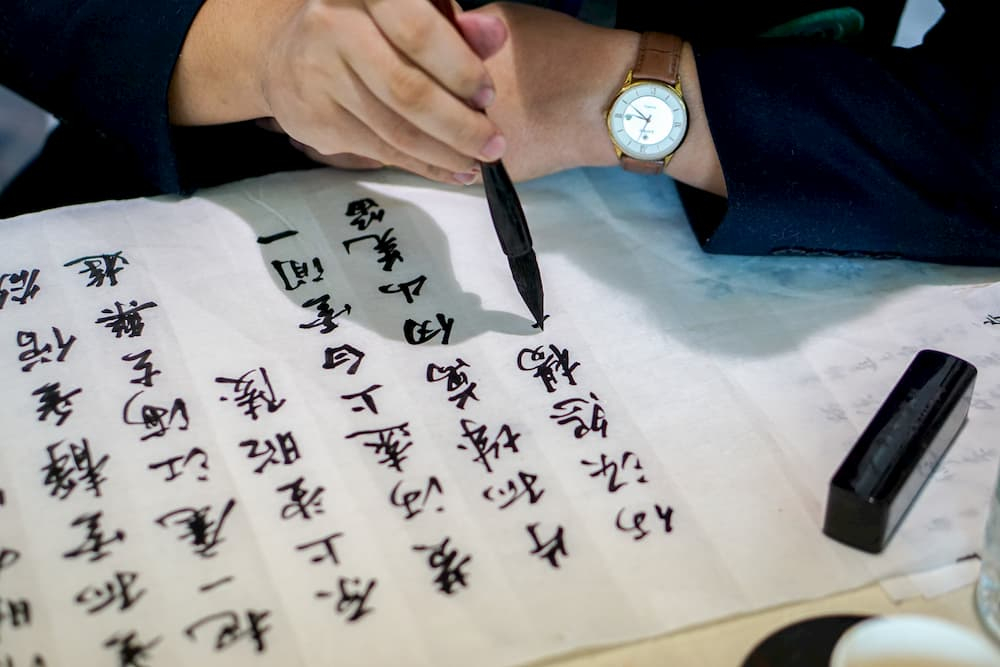 Chinese characters are the oldest continuously used script in the world. Ancient writing systems such as Egyptian hieroglyphs and Sumerian cuneiform were abandoned long ago. Chinese script, on the other hand, has lasted thousands of years and is still widely used. Chinese characters have made great contributions to recording and disseminating spiritual and material culture, as well as promoting social development.

As the oldest script, Chinese characters have many distinctive features such as their forms, pronunciations, and meaning; these three elements are integrated into one. The form of each character is independent, monosyllabic, and parts of them can be separated or combined. Some characters may also have more than one pronunciation or meaning. Looking at a Chinese character, one can see that it occupies an imaginary square shape; this is true regardless of the medium (brush, pen, or printer) used to produce the character.

The Chinese language does not have many morphological changes and, therefore, there is no need to alter the structure of a character in a sentence. The structure of Chinese characters is flexible and actually quite wonderful. There are two types of writing systems in the world: phonetic and ideographic. The former refers to writing systems in which the pronunciation of the word is based on the script; the later refers to writing systems in which the meaning of the word is based on the shape of the symbol and the pronunciation is based on the meaning—Chinese characters belong to this type. The structure of each character is quite interesting. The unique feature of the characters is that they can be divided into various elements and, each element, in turn, can be combined to form new characters. The number of characters is very large and varied. However, the structure is neatly arranged. Though the strokes seem complex, in fact there are only eight: horizontal, vertical, left-downward short pick, dot, right-falling, slight upward tick, hook, and bend or curve. By following certain rules for combining, tens of thousands of Chinese characters can be made from these eight strokes.

Each Chinese character represents a syllable; for this reason, Chinese is sometimes described as monosyllabic. This is different form alphabetic languages in which a word may be composed of any number of syllables. A Chinese character pronounced in putonghua (commonly called Mandarin in English) may have from one to four phonemes. The structure of each syllable in Chinese has a regular pattern: most characters consist of two parts plus tone. There is the initial consonant and the vowel (either simple or compound), and a tone.

Many characters, with different meanings, share the same pronunciation with one another; these are called homophones.  People in ancient times used this as a rhetorical device; they would use a homophone—or near homophone—to create a phrase or a sentence that would simultaneously have both a literal and non-literal meaning. In these instances, the emphasis was almost always on the non-literal meaning.

There are many Chinese characters—3,500 are commonly used and 7,000 are generally used. These characters share common characteristics, allowing them to provide a wide field for word games. Some of this word play is done by “splitting characters,” and by writing antithetical couplets (duilian) and amusing verse.  Splitting a character is the most common form of word play.  This involves reducing a character to its basic parts and reassembling them to form a new character with a different meaning. Riddles commonly rely on splitting characters.  Antithetical couplets, sometimes called pillar-couplets on account of where they are commonly displayed, are a pair of couplets written on scrolls hung on either side of an entrance. Humorous and witty verse is one of many types of Chinese poetry. It is quite popular as it can employ the innate qualities of the Chinese script completely; showing off the author’s ingenuity and her or his ability to manipulate the characters. Ancient literati attached significant importance to refining one’s diction in order to compose more vivid and accurate poems, as well as to avoid errors. They did everything possible to select the most expressive words to convey the meaning of their poetry.