Chinese as a Foreign Language

Chinese as a Foreign Language 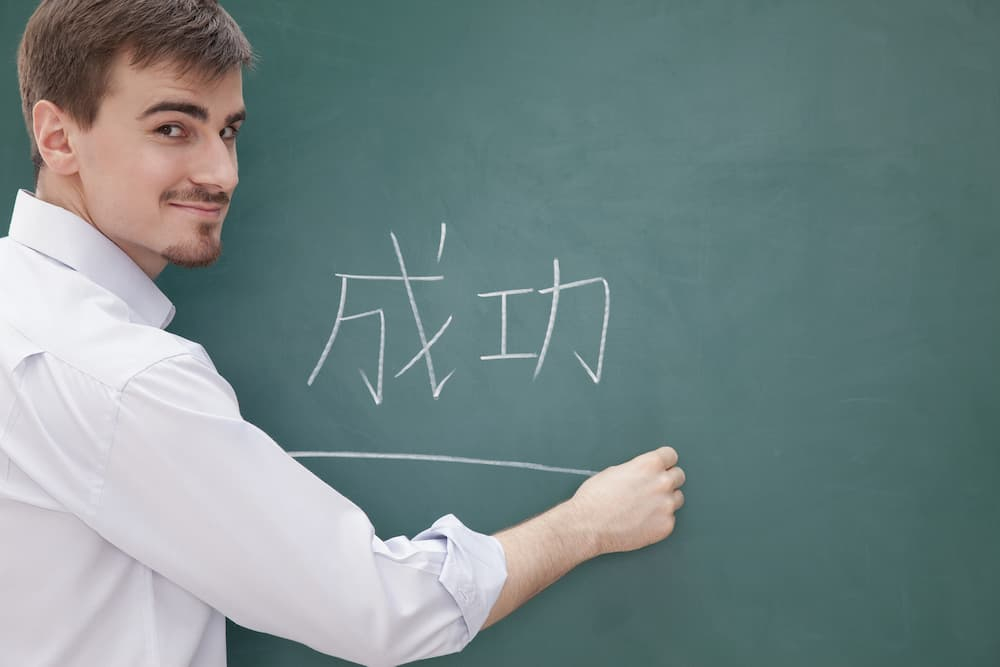 A basic distinction between humans and other animals is that humans can speak. Unlike eating and sleeping, effort must be made to master a language. Language improves the ability to think and is one of the reasons people have always been committed to promoting communication among themselves. As for learning a foreign language, it helps a person learn more about the world. The acquisition of a foreign language is in popular demand and even fashionable.

China is one of the four great ancient civilizations. More than three thousand years ago, the ancient Chinese began to use written language to record history. As early as before the Tang dynasty (618–907), many foreigners found Chinese civilization attractive and they journeyed to China to learn the language as well as science and technology. Even today, traces of early Chinese are still visible in the languages of some countries, such as Japan and Korea. Today, it is the most widely-used language in the world and is one of the United Nations’ six working languages.

The basic unit of spoken Chinese is the syllable; when it is written down, it becomes a character. Characters in Chinese are entirely different from words in Indo-European languages. Chinese characters are quite expressive—some character shapes are closely related to their meanings. Thus, some characters can be understood by their shapes without a person fully understanding them. Unlike Indo-European languages, the grammatical properties of tense and voice are indicated by particles (function words) and not by inflections or other morphological changes to the words. Another difference is that the basic Chinese sentence structure is topic prominent. In Chinese the topic is placed at the beginning of the sentence followed by the predicate. In English and many other Western languages, the subject comes at the beginning of the sentence.

Why do people always think that their mother tongue is the most pleasant to hear and the easiest to speak? It is because when learning one’s mother tongue, the person lives in a certain language environment—real objects and real situations encountered daily can be linked to certain sounds. Over a long period of time, associations are made between sounds and things or events. In other words, a person’s language and thinking capability are grow synchronously. When learning a foreign language, many people often pay no attention to the connections between their first language and the language they are learning. Eventually, they give up before learning the language.

A common perception about learning Chinese is that it is hard to learn. Is is really so? Perhaps the answers can be found by comparing the differences between Chinese and other languages. Both Chinese and English have similar grammatical structures and so it is not too difficult for a native speaker of Chinese to learn English. However, because English is an alphabetic language, it can be quite difficult for native speakers of English to learn to read and write Chinese. The cultural connotations embedded in the Chinese language is another obstacle that a learner must overcome.

French is one of the Romance languages in the Indo-European language family. During the seventeenth and eighteenth centuries, French was the most commonly spoken language in Europe. It was a fashionable and a sign of social status. French pronunciation, however, does not have the compound vowels (or dipthongs) and tones that Chinese has; this makes it difficult for Chinese speakers to learn it. Furthermore, beginners whose first language is French will also face challenges because of the cultural and linguistic differences. The differences between Russian and Chinese grammar are quite obvious—Chinese words do not change to express grammatical relationships; in Chinese this is accomplished by particles (function words) and word order. Japanese is the language most similar to Chinese because more than half of its vocabulary comes from Chinese. The Japanese writing system is comprised of two symbol sets—kanji (Chinese characters) and kana (which are further divided into hiragana and katakana). Hiragana is borrowed from Chinese cursive script; katakana is borrowed from the radicals (or roots) found in standard Chinese script. In terms of pronunciation, the reading of kanji is divided into two categories: on-yomi and kun-yomi. The first is based on the original Chinese pronunciation, while the second is a Japanese reading for the same character.

Foreign language acquisition is a cultural conflict involving two languages (the mother tongue and the language being learned)—some will be badly battered in the conflict, and some will achieve thorough understanding. If one plans to master the Chinese language, one must persistently practice its pronunciation, grammar, vocabulary and script.